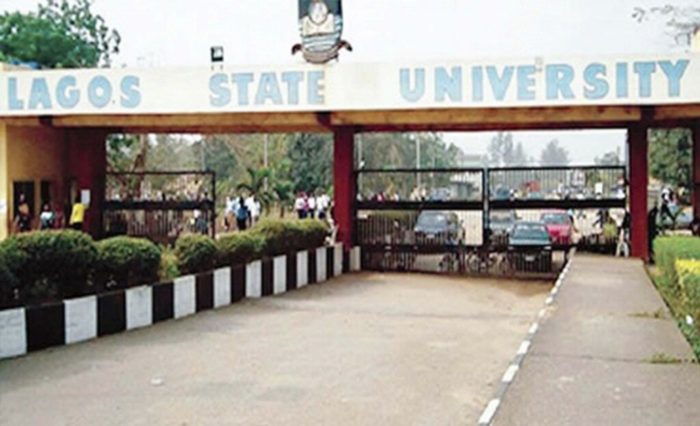 
A commercial bus (danfo) driver has stabbed a 500-Level student of the Lagos State University, LASU, to death during a brawl.

The death of the student, Ugwanyi Cyril Onyekachi , a 500 Level student of the Faculty of Law with Matric Number 130411107, sparked protest among students of the school on Monday.

PM News gathered that the deceased had a brawl with a commercial bus driver for scratching his car. The resultant brawl led to the student being stabbed to death by the bus driver with a broken bottle.

The protest was led by the Students Union president, Samuel Kappo.

The students union president was said to have been arrested and beaten by the security operatives, an act that annoyed the students.

The bus driver was arrested and detained at the police station.

The management of LASU said peace had returned to the school after the students demonstrated over the killing of their colleague.

“Except for a little hitch occasioned by the unfortunate death of a student of the University in an accident on the LASU-Isheri Road on Sunday, 19 March, 2017, the 21st Convocation ceremonies of the University is proceeding as planned, under a peaceful and gaiety atmosphere.

“Management notes with sadness the unfortunate death of Ugwanyi Cyril Onyekachi , a 500 Level student of the Faculty of Law with Matric Number 130411107 and commiserates with the family, friends and colleagues of the student and in the same vein, salutes the students of Lagos State University, led by the LASUSU President, Mr. Samuel Kappo, for the maturity they displayed in responding to the issue, even under a very tensed emotional condition,” a statement issued by the Centre of Information, Press and Public Relations department of the school said.

The school’s management said expectedly, angry reactions followed the news of the unfortunate incident, but that the students leaders, having received assurance from men of the Nigeria Police on the arrest and detention of the individual alleged to have perpetuated the act, prevailed on the students to exercise restraint for justice to prevail.

“Our world class students have therefore returned to their classrooms and are going about their activities peacefully,” it stated.