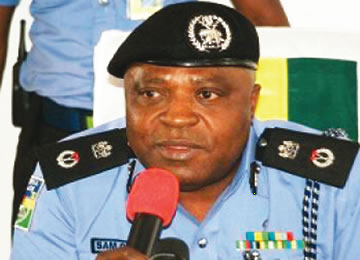 The Police in Anambra on Thursday arraigned five market leaders at an Onitsha Magistrates’ Court for allegedly stealing and misappropriating over N18 million public fund.

The Prosecutor, ASP Crescent Ogbu, said that the accused persons allegedly committed the offence between 2012 and 2016.

“Chiloli was charged with allegedly stealing N15,428,640, being the property of UPJA, which is an offence punishable under section 358 (12) of Criminal Code, revised laws of Anambra, 1991.

“On his part, Ajaegbo was accused of allegedly stealing N500,000 belonging to UPJA on Nov. 5, 2014, at a first generation bank at Bridge Head, Onitsha,” Ogbu told the court.

The prosecutor further said that Nwosu allegedly stole N2 million being the property of UPJA, punishable under Section 353 (12) of the Criminal Code, revised laws of Anambra State of Nigeria 1991.

However, the accused persons pleaded not guilty to the five-count charge of conspiracy and stealing levelled against them.

The Counsel to the accused persons, Mr Gabriel Obi, prayed the court to grant them bail.

The Presiding Magistrate, Mrs Chioma Amulukwe, granted the accused persons bail on grounds that they deposit their three years’ tax clearance, which must be confirmed by the Police.