Ambode: We're on a mission to regenerate Lagos Island 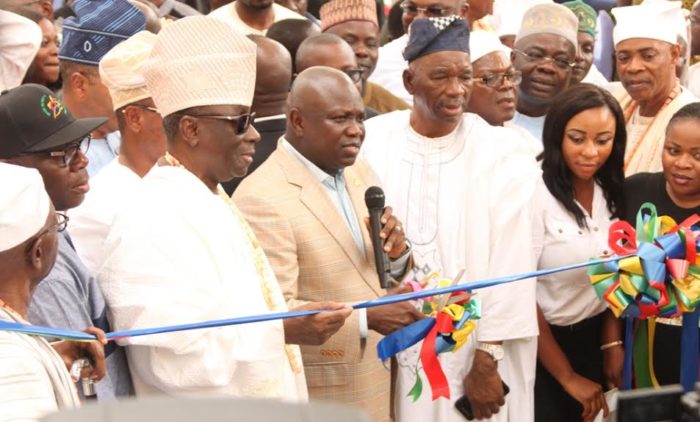 Lagos State Governor, Mr. Akinwunmi Ambode on Friday revealed plans of his administration to regenerate the Lagos Island axis of the State by transforming it into a tourism hub of Nigeria and Africa.

Speaking at the commissioning of the new ultra-modern bus terminal built by the State Government at Tafawa Balewa Square (TBS), Ambode said he was on a mission to create new aesthetics within the landscape of Lagos Island which would create jobs and bring back the dignity of the axis.

The governor said Lagos Island had been neglected for too long, and that the TBS ultra-modern bus terminal was the first step in the journey to totally transform the axis and return its glory.

“Our mission is to turn the Onikan-Marina-CMS axis to the tourism hub of Africa and so we decided that we would make the first contemporary bus terminal to start in the Island where the issue of transportation actually started.

“After this, the next is to go to the JK Randle Arcade and rebuild the Swimming Pool there, the Lawn Tennis court and the whole structure there starting from next month. In addition to that, we would build another Museum in the Onikan axis,” he said.

The governor thanked President Muhammadu Buhari for approving the release of the Presidential Lodge in Marina to the State Government, revealing that plans had been concluded to turn the lodge into tourism centre which would be named as the Centre for Leadership and Heritage.

“The whole idea is that this bus terminal that we are opening today is just the beginning of the urban regeneration that will cover this place within the next twenty-four months. So, tourism will start from here and then we will now join the Freedom Park from Broad Street and create a skyline walkway.

“With these programmes, there will be no case for us to have anybody that is unemployed around this axis. This place will thrive economically 24/7 from the design and the concept that we have for Lagos Island.

“What we are implementing is what we promised in our manifesto that we will use tourism, entertainment, arts and sport to create job and promote excellence in this State. As part of the plans, Onikan Stadium will wear a new look before the year runs out. We are going to cover it, regenerate it and also bring live back to the Island.” Governor Ambode said.

The governor also assured stakeholders such as the transport associations and others that their interests had been protected in the new arrangement which culminated in the building of the TBS Bus Terminal, and solicited their cooperation.

“The interest of every stakeholder including members of the transport associations will be protected and we will also bring in new buses and then create a lot of activities so that we can celebrate our history, our culture and then we use it as a focal point to celebrate the whole of Lagos,” he said.

Earlier, Acting Commissioner for Transportation, Prince Anofiu Elegushi thanked all the stakeholders for their cooperation with the State Governor during the construction of the bus terminal, saying that the project remained the first of its kind in Africa.

At the Commissioning of a new pedestrian bridge in Ojota, Ambode said the decision to construct the bridge was occasioned by the inability of the old bridge to carter for the daily human traffic in the neighborhood.

He said the bridge made of steel would be opened 24/7 with adequate lighting and security, and assured that the axis would be better for it.