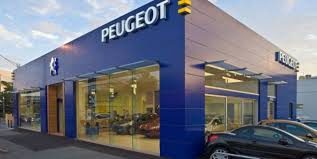 The Nigeria Police Force says it has arrested 11 suspects in connection with the kidnapping of Alhaji Isa Salami, former General Manager of Peugeot Automobile of Nigeria (PAN), who was kidnapped in Maitama, Abuja on March 21.

Briefing newsmen on the arrest in Abuja on Wednesday, the Force Spokesman, CSP Jimoh Moshood, said the suspects were arrested by the I-G Intelligence Response Team (IRT) and the anti-kidnap squad of the FCT Police Command between March 26 and March 28 in Abuja.

He said that the victim was rescued from the kidnappers’ hideout, a two bedroom house rented by them in a remote part of Suleja, Niger.

He said that Emeka and his gang were earlier charged to a High Court in Gwagwalada in October for kidnapping a lady (name withheld) and several others in Abuja.

“This suspect and his gang were released by the court on Dec. 8, less than eight weeks after being charged for kidnapping and robbery,”the force spokesman said.

Moshood said that the suspects were identified by their victims and they confessed to the crime and the various roles they had played.

He called on all criminal justice officers to always discharge their duties diligently to avoid criminals escaping justice.

The force spokesman said that the I-G has assured the FCT residents and other states of the federation of adequate security.

He also implored them to cooperate with the police deployed in their localities to serve them better by providing useful information to the police.

He said the suspects would be charged to court after completion of investigation.

Four kidnap cases were reported in Kwali Area Council, two in Abuja Municipal Area Council (AMAC) and one in Bwari and Abaji Area Councils each in 2016.