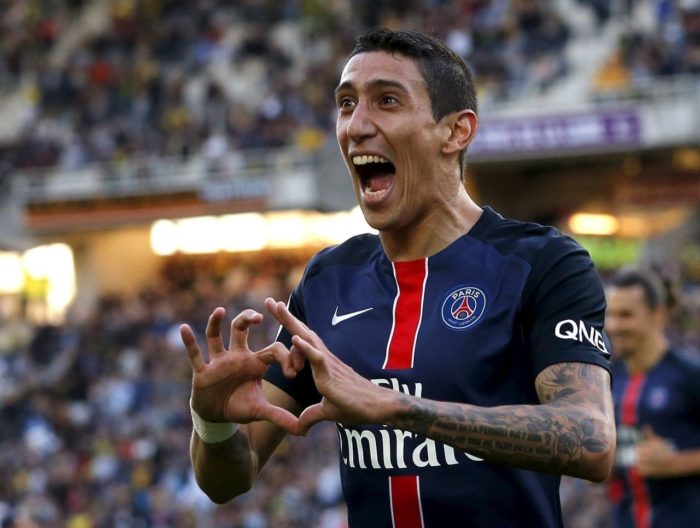 Paris St-Germain won the French League Cup for the fourth straight season with an emphatic 4-1 victory over Monaco at Stade des Lumieres in Lyon.

Julian Draxler’s fourth-minute opener for PSG came from an offside position but there was no debate over Monaco’s leveller, Thomas Lemar’s 20-yarder a superb strike befitting the occasion.

Cavani will feel he should have contributed to an even greater margin of victory after contriving to steer the ball wide of the target from a yard out just moments after his first goal.

PSG were nevertheless more than good value for the win as they completed the first part of what they hope will be a domestic treble, emulating their achievements of the past two seasons.

Leonardo Jardim’s Monaco had won six matches in a row and scored 18 goals in the process coming into this game, so PSG’s win will be celebrated in the capital not only for the silverware but also as a possible momentum killer.

PSG trail Monaco by three points in Ligue 1 and have also seen the team from the principality progress to the last eight of the Champions League, while their own bid imploded spectacularly against Barcelona.

Their European exploits meant Monaco were still fighting in four competitions coming into this match, but the loss of 21-goal top scorer Radamel Falcao to a hip injury was a disruptive setback ahead of kick-off.

If PSG sensed doubt in the Monaco ranks they were quick to exploit it, just four minutes on the clock when Marco Verratti’s through ball sprang the offside trap and Di Maria played in Draxler for a simple finish, albeit from an offside position.

Monaco struggled for a response before Lemar took aim with a delightful shot into the top corner, but PSG still possessed the greater threat and deservedly retook the lead just before the break, Draxler picking out the unmarked Di Maria to apply a poked finish.

It was a brilliant team effort throughout by PSG, but after the break it was the exploits of Cavani that truly caught the eye.

First he took the game away from Monaco with a brutal volley from Verratti’s cute chipped pass, and then with the game almost over dispatched another thunderous effort off the underside of the crossbar to wrap up a margin of victory that did not flatter Unai Emery’s men.