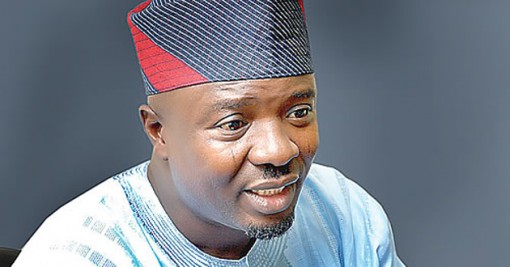 A member of the House of Representatives, representing Mainland constituency, Jide Jimoh has condemned Senator Dino Melaye’s attitude towards his alleged certificate scandal.

The lawmaker, who stated this during a chat with our correspondent, while responding to issues that bordered on the National Assembly, described his action as rather unfortunate.

”Dino Melaye’s response to the issue was arrogant. I believe we should be humble in whatever we are doing. Why is he singing that some people would be dealt with, that is too derogatory,” he said.

Speaking further, he said the Acting Chairman of Economic and Financial Crime Commission (EFCC), Ibrahim Magu is permitted with president’s prerogative power to act in such capacity.

The lawmaker said section 2 (3)‎ of the EFCC act was clear on the issue that there was nothing like screening of chairman of the EFCC Commission.

“It says President of Federal Republic shall nominate chairman of EFCC and members of the commission subject to the approval of Senate. Now that Magu has been disapproved by the Senate, It cannot be referred to as substantive EFCC chairman, and it cannot stop him from performing his roles as acting. The senate has no right to do anything in Magu’s acting capacity, it is the President Muhammadu Buhari’s prerogative right to put in there,” he averred.

Jimoh stressed that the refusal of the Senate to screen 27 Residents Electoral Commissioners, REC officers did not mean that Senate would not do something.

“They only stepped down the screening of 27 Resident Electoral Commissioners (RECs), so let us wait after two weeks before responding on this issue. The Senate is not a union because only union can give conditions,” he said.

He added that ‎only the judiciary could interpret and clarify issue on refusal of the Senate to approve EFCC chairman.