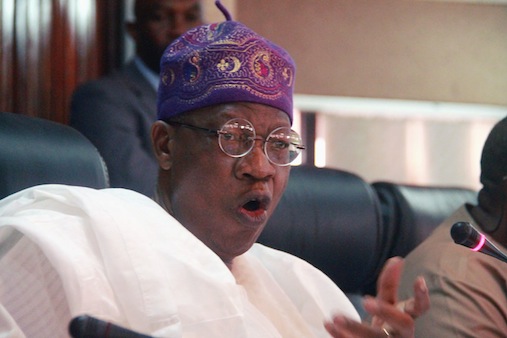 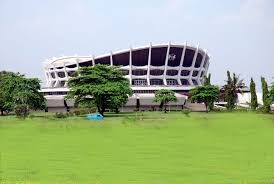 The Federal Government has no plans to sell the National Art Theatre to the Lagos State Government, Minister of Information and Culture, Alhaji Lai Mohammed has said.

Mohammed made this known on Tuesday night at a dinner with Nigerian TV and online content developers attending the ongoing MIPTV in Cannes, France.

The News Agency of Nigeria (NAN) reports that MIPTV is an annual leading TV and online content development event and the largest global distribution television and digital content market.

The minister who described the Arts Theatre as a national monument, stressed that it was impossible for anyone to sell any asset of government without following the due process and clear cut rules.

He explained that the Lagos government offered to renovate the main bowl of the theatre, two cinema halls, the exhibition lobby and the banquet hall as part of its collaboration with the federal government.

“I want to say it loud and clear that there is no iota of truth in the rumour that we are selling the national theatre to the Lagos state government.

“We do not have the capacity to do so and will never do so.

“What is happening is that we are fortunate to have a governor like Akinwumi Ambode of Lagos who is very passionate about the creative industry.

“The governor decided that he is going to mark the 50th anniversary of Lagos with cultural activities, films, music and he was looking for a befitting venue.

“He now decided to take the opportunity of this 50th anniversary to collaborate with the federal government to revamp the national theatre to use it as a venue for most of the programmes and at the same time laid the foundation for a viral and dynamic creative industry,’’ he said.

The minister noted that the whole essence of the collaboration for the renovation of the theatre is to ensure that the national asset did not go into ruins.

“The governor is asking for nothing, rather he is foresighted in knowing that a renovated and functional national theatre will be a catalyst for the film industry, theatre art, music.

“He also realised that by revamping the theatre, more young men and women will be able to exhibit their talents and more jobs will be created and more taxes will accrue to Lagos state purse.

“Therefore, for everybody it is a win-win situation and there is no attempt whatsoever to sell any national asset to anybody,’’ he said

NAN reports that the dinner was hosted by the Director General of National Broadcasting Commission, Modibbo Kawu.

Some of the TV and online content developers at the dinner were, Mr Tajudeen Adepetu the Chief Executive Officer (CEO) of Soundcity, ONTVand ONMAX, Mr Jason Njoku the CEO of Iroko TV and Ijeoma Onah of Aforevo TV, a French Nollywood Channel.