Liverpool came from behind to beat Stoke City 2-1 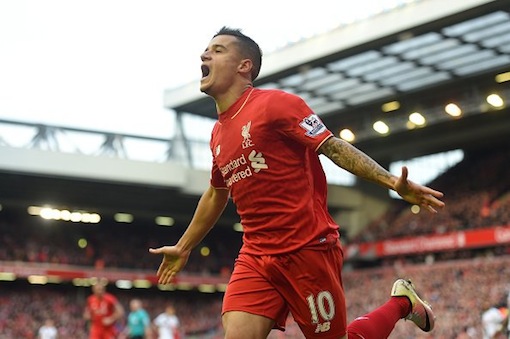 Liverpool came from behind to beat Stoke City and stay on course for a top-four finish thanks to goals by substitutes Philippe Coutinho and Roberto Firmino.

Unmarked Jon Walters headed the hosts into the lead after meeting Xherdan Shaqiri’s cross, as the Reds failed to register a first-half effort on target.

Coutinho levelled with a first-time shot before Firmino smashed the bouncing ball beyond keeper Lee Grant after Georginio Wijnaldum’s pass.