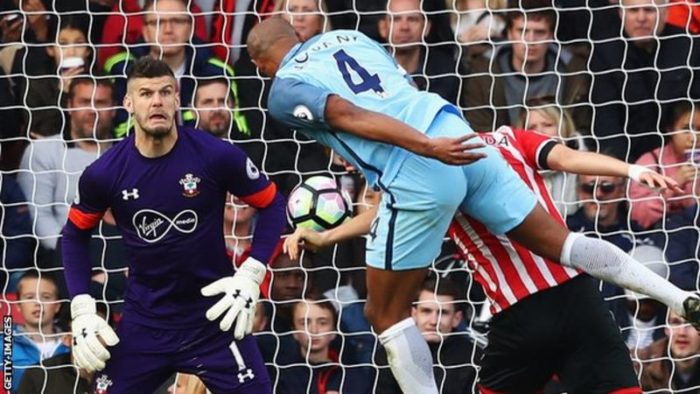 Manchester City strengthened their hopes of a top-four Premier League finish as a slick second-half display saw off a subdued Southampton.

Mid-table Saints failed to create many chances against a City side well marshalled by Kompany, with Dusan Tadic shooting over before the break.

Claude Puel’s side, who were attempting to win three successive league games for the first time under the Frenchman, remain in ninth place, BBC reports.