I'm ready to fight for a place in City's team-Iheanacho 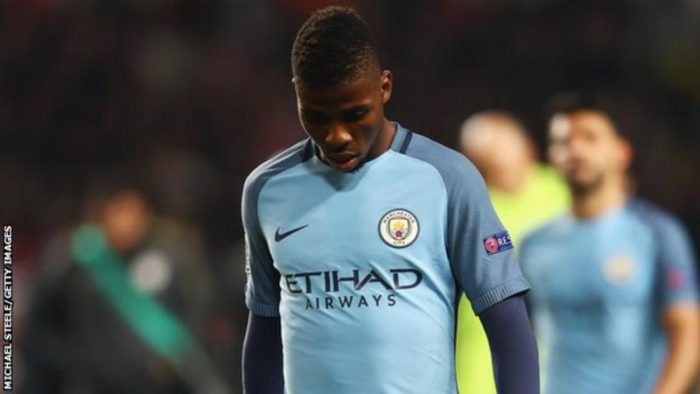 Manchester City striker Kelechi Iheanacho says he is ready to fight for his place in the team, amidst competition from Gabriel Jesus and Sergio Aguero.

The Nigeria international, 20, has scored seven goals this season but has found first-team chances harder to come by than during his debut campaign.

Despite only five Premier League starts this season, Iheanacho welcomes the extra competition and insists he is improving by playing alongside great players.

“I cannot pretend that I don’t hear what people back home [in Nigeria] say about my lack of regular football but I will continue to fight,” Iheanacho told BBC Sport.

“I don’t worry about those comments. All I need to do is to keep working, keep doing well and keep improving every day.

“Sergio Aguero and Gabriel [Jesus] are really really great players that we need in our team.

“As a young player, I’m happy playing alongside these fantastic players because I learn and get better every day.

“It’s a big thing for my career to compete with these players. I’m okay with the way things are going and I wish Gabriel a quick recovery to return and help the team.”

Iheanacho scored 14 times and produced seven assists last season even though 25 of his 36 appearances were as a substitute.

That feat saw him finish as City’s third-highest scorer in all competitions, behind Sergio Aguero and Kevin de Bruyne.

At international level, Iheanacho has scored five goals in eight appearances for Nigeria since making his senior debut against Swaziland in November 2015.

He starred as Nigeria won the 2013 Fifa U-17 World Cup in the United Arab Emirates for a record fourth-time.

He emerged as the tournament’s outstanding player, being voted the Most Valuable Player.