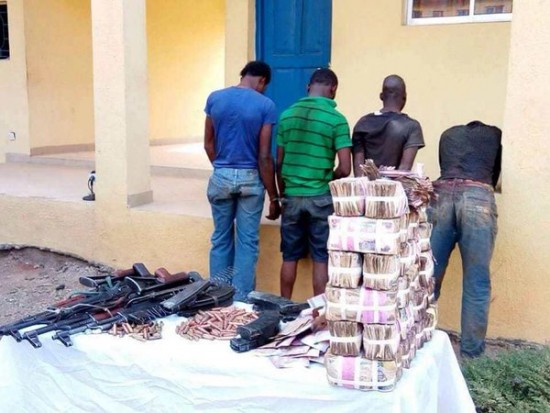 Arrested robbers and their loot

The incident occurred on Thursday night at his resident 7B, Egbede street, off New Lagos Road, in Ego local government area of Edo state.

The victim allegedly met his death at about 10 pm when he left his apartment to ease himself, ran into the gun-wielding men who lurked around his residence. They dispossessed him of his cell phones and money.

It was gathered that the robbers raided other buildings on the street, dispossessing residents of their money and other valuables.

The hoodlums operated successfully before the arrival of policemen from Ohkoro police division to the scene.

The State Police Command PRO, Moses Nkombe, could not be reached for comment.

It was gathered that the corpse of the victim has been deposited at the Central Hospital mortuary by policemen from Okhoro division.