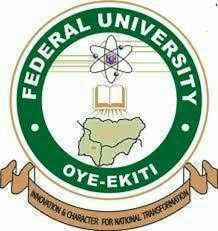 Eighteen graduands on Saturday bagged first class honours in their various courses at the maiden convocation of the Federal University, Oye Ekiti (FUOYE).

Speaking on the occasion, graced by eminent personalities from far and near, the Vice Chancellor of the institution, Prof. Kayode Soremekun said he would strive to make the university become not only a model but a self sustaining institution of learning.

He said the university which was established barely six years ago, was currently rated by the National Universitues Commission as the 14th best among the over 100 universities in the country.

According to him the graduands being turned out were the type that could stand and survive on their own without having to search endlessly for white collar jobs that are not readily available.

One of the highlights of the occasion included the award of honorary doctorates on three retired secondary school principals and a computer scholar.

The Attah of Igala and Permanent Chairman of Kogi State Council of Traditional Rulers, HRM Michael Idakwo was also formally installed as the pioneer Chancellor of the university.

The new chancellor expressed gratitude to the Federal Government for the honour done him and the entire Kogi state people.

He promised to use his influence to accelerate the university’s infrastructural development.

A total of 504 graduands cutting across 2014/2015 and 2015/2016 academic sessions received their first degrees while engineering graduands were inducted into their professional bodies.