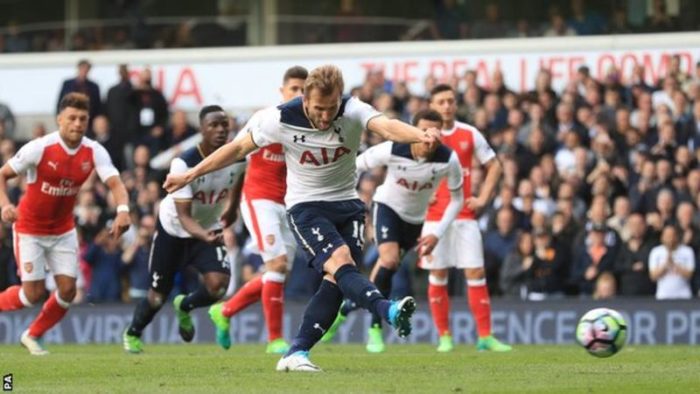 Kane scored a penalty against Arsenal

Spurs are four points behind Chelsea with four games remaining following the Blues’ win at Everton earlier in the day.

And victory in the derby ensures Tottenham will finish above Arsenal in the league for the first time since the 1994-95 season.

BBC reports that the home side could easily have been ahead before the break, with Christian Eriksen and Alli both missing close-range chances.

The breakthrough felt inevitable, and duly arrived as Alli’s 21st Spurs goal of the season arrived via a predatory strike.

Just 146 seconds later, Kane tucked home a penalty after being fouled in the box by Gabriel to establish a lead that never looked like being overhauled.