Liz Benson Back With A Bang 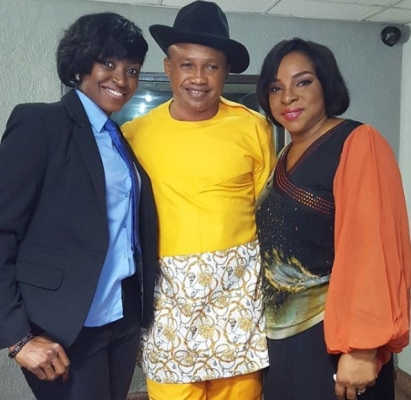 Veteran actress, Liz Benson who mesmerised movie viewers in its early days has staged a comeback in a new movie titled, “Busted’’

The movie was produced by Lisa Onu and Face Onu would premiere on May 21, at the Oriental Hotel, Lagos

It tells the love story of a gay couple also featured veterans like Kate Henshaw, Paul Obazele, TV host, IK Ogbonna and other new talented actors in the movie industry.

Busted is the story of a girl, Queen Edwards who was born into a reputable home that the father’s high handedness and mother’s lackadaisical attitude led her (Queen) to a maid who lured her into lesbianism.

She continued the act into adulthood dating and breaking up with different ladies.

In the process, she (Queen) falls in love with a lady called Blessing who got into the act for financial gains.

When the government signed the anti-gay bill into law, the lovers ignored their biblical beliefs and societal views of lesbianism which challenged their love for each other.

Benson, one of the screen divas in the early days of Nollywood, later retired and went into evangelism.

Similarly, Obazele, who also acted in many soap operas’ on National Television in the 90s, has been off the screen for some years.