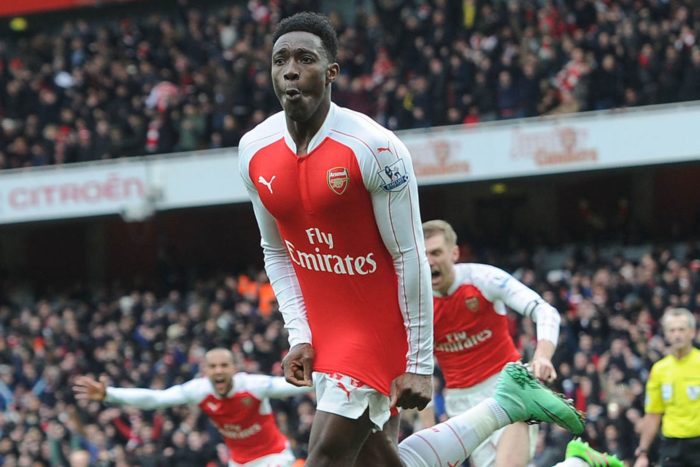 Arsenal ended Manchester United’s 25-match unbeaten run in the Premier League and kept up their hopes of securing a place in the top four.

After a largely uneventful first half, Granit Xhaka opened the scoring with a deflected shot from distance, which looped over goalkeeper David de Gea.

And they doubled their lead three minutes later when Danny Welbeck headed home against his former club after a pinpoint cross from Alex Oxlade-Chamberlain.

Jose Mourinho introduced Marcus Rashford and Jesse Lingard to try to rescue the game, but they failed to bring the visitors to life.

The result means Arsenal remain in sixth place but are two points off United in fifth and six points off Manchester City in fourth, with a game in hand over both teams.

This victory not only reignites Arsenal’s chase for a Champions League place, but also ends an unwanted record for Arsenal manager Arsene Wenger against Jose Mourinho.

The pair have endured a fractious relationship over the years, and in their previous 15 competitive meetings Wenger had never beaten a Mourinho team, with his only victory coming in the Community Shield in 2015.

Mourinho has won eight times, while the remaining seven were drawn.

Sunday’s win ended the hoodoo and earned Arsenal only their 13th league win in 50 outings against the Red Devils.

There is still uncertainty about Wenger’s future at the club, despite them still being in with a chance of Champions League football for the 21st consecutive season, and an FA Cup final against Chelsea coming up this month.

When asked by BBC commentator Jonathan Pearce about whether he would be interviewing Wenger next season, the Frenchman joked: “You want me to work for the BBC?”

Both teams had four shots on target during the match but it was Arsenal who made them count.

After a dull start to the second half, the Emirates came alive when Xhaka ran into space and took a shot from 30 yards out which was helped on its way by Herrera and out-smarted De Gea.

The Gunners kept up the pace and exactly three minutes and 11 seconds later, Welbeck had notched his second Premier League goal of the season.

Oxlade-Chamberlain’s right-wing cross whistled over the box and Welbeck rose up between the United defence to land a bullet header.

Arsenal offered little in attack after the goals, but they did not need to.

All eyes on the Europa League?

Mourinho revealed before the match he intended to rest key players, with one eye on the Europa League semi-final second leg against Celta Vigo, in which his team have a 1-0 advantage. The European competition could represent United’s best chance of reaching next season’s Champions League.

The United manager made eight changes in total and his side never looked like causing a major threat.

Goalkeeper De Gea kept them in the match at half-time, producing a low stop to deny Aaron Ramsey’s effort, before making a brilliant save from a rasping Oxlade-Chamberlain shot from distance.

United were undone by two quick goals early in the second half, and their only notable efforts after that came from Rooney and substitute Scott McTominay, who tried to poke home late on.