Coca-Cola, others agree to sugar limits in production 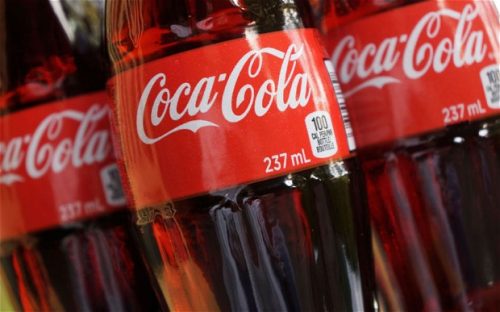 Singapore’s Ministry of Health said on Tuesday seven major drinks companies, including Coca-Cola and PepsiCo, would limit the sugar content of drinks they sell in Singapore.

A statement by the ministry in Singapore said the move was part of the city-state’s campaign to fight diabetes.

The ministry said the seven firms had signed an industry pledge to remove by 2020 drinks that contain more than 12 per cent sugar from their portfolios of sugar-sweetened beverages.

“In addition to this industry commitment, Coca-Cola Singapore is making an additional commitment to reduce the sugar content in our portfolio of sugar-sweetened beverages by 10 per cent by 2020,” Coca-Cola said in an email to Reuters.

It said it had been reducing sugar and calories across many of its brands and offering more new drinks with low sugar content or no added sugar.

Singapore is one of the first countries in Asia to target sugary drinks, bringing it in line with many Western nations that have sought to mitigate the health risks associated with sugar through measures such as taxes and warning labels.

Daily sugar consumption per capita from soft drinks has risen since 2010 to 6.08 grams in Asia-Pacific in 2016, with Singapore at 11.99 grams, according to market research firm Euromonitor.

Consumption has been trending lower in Europe and the U.S, but it is still higher than in Asia-Pacific.

The World Health Organisation said last year drinking fewer calorific sweet drinks was the best way to curb excessive weight and prevent chronic diseases such as diabetes, although fat and salt in processed foods were also to blame.

Among Asian countries, the Philippines has slapped levies on sugar-sweetened beverages, while Indonesia and India have been considering similar taxes.