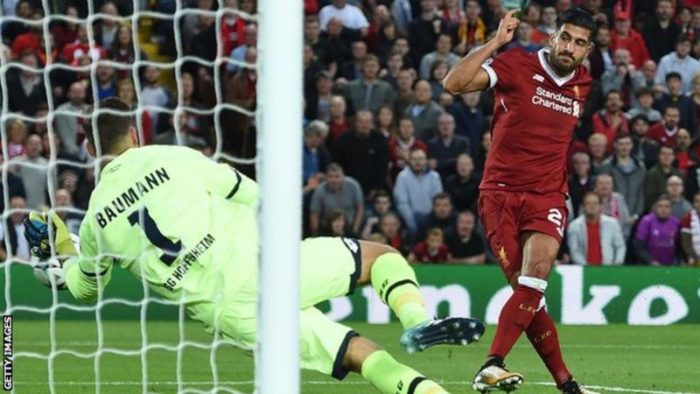 Germany international Can netted his first goals of the new season

Leading 2-1 from the first leg, the Reds virtually wrapped up the tie with three goals in the opening 20 minutes.

Emre Can’s deflected shot put them ahead before Mohamed Salah reacted quickest to slot in a rebound off the post.

Can stroked in Roberto Firmino’s cross at the back post just 143 seconds later before Hoffenheim substitute Mark Uth, introduced after 24 minutes in a tactical reshuffle, pulled one back.

The German side, who finished fourth in the Bundesliga last season, did not lose their spirit and pulled another back when Sandro Wagner headed in Andrej Kramaric’s left-wing cross.

The Reds, along with Chelsea, Tottenham, Manchester City and Manchester United will discover their group-stage opponents when the Champions League draw is made on Thursday (17:00 BST).