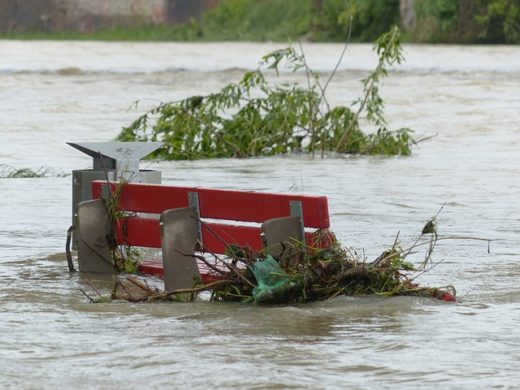 Kogi Commissioner for Environment and Natural Resources, Mrs Rosemary Osikoya, on Monday said that the government had extended its flood alert campaign to the state’s reverine areas.

Osikoya said this in Lokoja in an interview with the News Agency of Nigeria (NAN).

The commissioner explained that the essence of the campaign was to ensure that people in the flood-prone areas move upland to reduce flood-associated disasters.

NAN reports Gov. Yahaya Bello had declared a ‘State of Emergency on Environment’ due to the forecast by Nigeria Meteorological Agency (NiMet) of the likely recurrence of 2012 cycle of flooding.

Osikoya, who said that some of the predictions by NiMet had happened, added that some communities in Kogi actually experienced flooding in June and July.

‘‘The second peak of the rain when Kogi may likely be affected is expected possibly by late August and early September, when the rain would fall consistently and likely cause more flooding.

‘‘The message is simple, if you were affected by the 2012 flood, then move upland because between now and next month we will witness more rains,’’ she said.

Osikoya commended the governor for collaborating with the National Emergency Management Agency and other stakeholders to sensitise the populace to prepare for flooding in the state.

Mr Sunday Baiye, the Coordinator for Kogi 2017 Flood Sensitisation, who also spoke with NAN, said that eight local governments had been covered by his team.

‘‘We are satisfied with the level of cooperation we are getting from the traditional rulers, religious, community, group, women and youths leaders in all the communities we have visited.

The coordinator gave assurance that Bassa Local Government Area will be covered on Monday.

Baiye, also a Creative Consultant, ASEDA Media Consult, praised Gov. Bello and the state commissioner for organising the campaign to mitigate the effects of flooding among the citizenry.