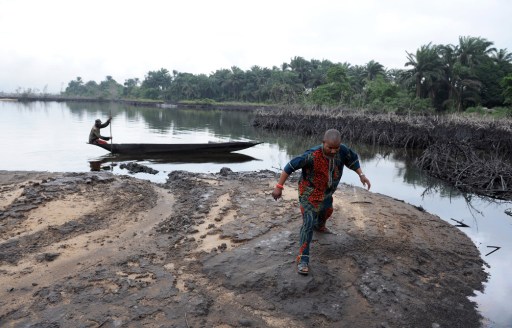 The Senate on Wednesday allayed fears on the implementation of the ongoing Ogoni Clean-up project, saying “it is on course”.

The Chairman, Senate Committee on Environment, Sen. Oluremi Tinubu, said this in Abeokuta at the ongoing the 11th National Council on Environment (NCE) meeting on Wednesday.

Tinubu was represented by Sen. Magnus Abe, a member of the senate representing the South/East constituency of Rivers.

The Federal Government inaugurated the Hydrocarbon Pollution Remediation project to take charge of the clean-up of Khana, Gokana, Tai and Eleme Local Government Areas in Ogoni land, Rivers in a bid to address the devastation wrought on the environment.

Tinubu assured that the senate would provide the necessary oversight for the project, adding that the Federal Government had continued to liaise with and provide updated information to the senate on the process.

“The Ogoni Clean-up has been one of the major signposts of the Muhammadu Buhari-led administration and a lot of people have expressed concerns about the speed of the implementation.

“I want to use this opportunity to assure all Nigerians that Ogoni cleanup is on course and that we are closely monitoring activities in that respect.

“We understand the concerns of those who feel it is a bit slow but we want to assure them that the implementation is on and we are being briefed accordingly.

“We realise that people would have loved to see things happening immediately but they have to understand that there are frameworks, procedures and challenges of implementation of programmes of that magnitude which has never be done before.

“If we are not patient, we will not be thorough and we could easily get overwhelmed by the whole thing because it is a multi-layer operation.

“It is something we have not done before because it is new and we must be careful to adopt best methods to make it happen and so people have to be patient and give all necessary support,” she said.

Tinubu gave assurance that the Senate through her committee was ready to partner with the Ministry of Environment and other stakeholders to provide robust legislative support and oversight on environment-friendly activities.

He urged the private sector to take advantage of the investment opportunities existing in the environment sector.

The investment areas, according to the minister include waste management, repositioning of the National Agency for Great Green Wall, renewable energy and the Ogoni Clean-up project.

Gov. Ibikunle Amosun of Ogun said that the choice of Ogun as the venue for the meeting was a testament and an acknowledgement of the giant strides that his government had made in the sector.

Amosun, who noted that environment “is central to the survival and existence of human life,” called for concerted effort to ensure the protection and sustenance of the Nigerian environment.

Citing example of Singapore, Amosun said that developed countries paid particular attention to the implications of human activities in their environments.

He said that that Ogun remained unwaveringly committed to the conservation of its environment.

“We have continued to build Ogun standard roads which are complemented by the standard gauge drainages to prevent flood in our urban areas.

“Likewise, our organisation of the first ever Green Summit in the state tagged: Ogun Goes Green has had an impactful and huge success in the lives of the citizens and residents of our state.’’

The governor said that the state had also purchased over 40 refuse trucks to increase the capacity of its environmental protection agency among other measures to ensure a friendly environment.