Conte sent off as Chelsea ran away with lone goal victory 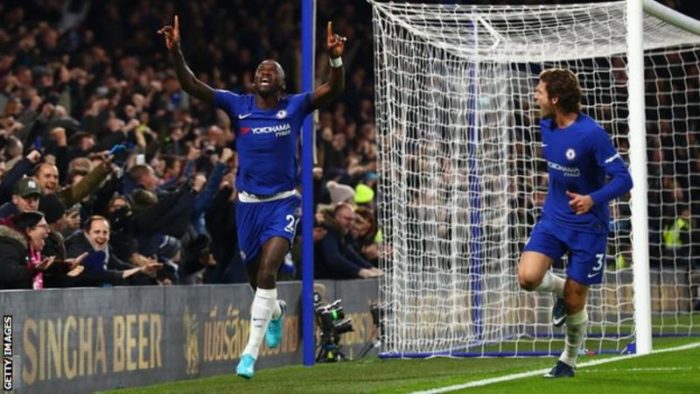 Chelsea manager Antonio Conte was sent off but his side overcame struggling Swansea City at Stamford Bridge thanks to Antonio Rudiger’s first Premier League goal.

Conte spent the whole of the second half watching from the stands after disputing referee Neil Swarbrick’s decision not to award a corner when the game was goalless, BBC reports.

Chelsea dominated but had to wait until the 55th minute to find the breakthrough, Germany defender Rudiger heading home after N’Golo Kante’s shot was deflected into his path.

Swansea offered stubborn resistance did not have a shot on target as they fell to a fifth defeat in six Premier League games.

Chelsea remain third in the table while Swansea stay 19th, three points from safety, after a ninth league defeat in 14 games this season.