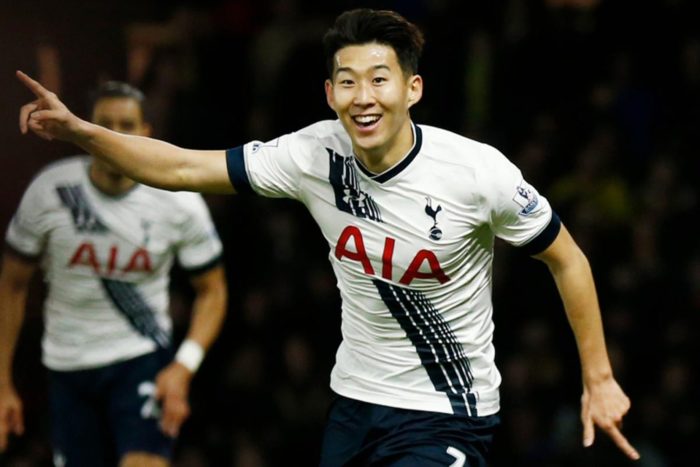 Son Heung-min celebrates one of his goals for Tottenham

Fernando Llorente scored his first Tottenham goal in his 17th appearance for the club as Mauricio Pochettino’s side rounded off their Champions League Group H campaign with a routine victory against Apoel.

Spurs had already secured first place in the group before Wednesday’s game and Pochettino opted to give some of his fringe players a start.

Llorente, a summer signing from Swansea, was one of those to come in and he opened his Tottenham account midway through the first half, turning smartly inside the box before hooking the ball into the net.

It was a deserved goal for Spurs after a dominant start to the match, with Georges-Kevin N’Koudou having had an early effort cleared off the line.

Son Heung-min added a second before the break, curling in from the edge of the box after playing a one-two with Llorente, BBC reports.

Cypriots Apoel, who needed to avoid defeat to have a chance of claiming a Europa League spot ahead of Borussia Dortmund, offered very little throughout.

Praxitelis Vouros had the visitors’ best chance early in the second half when his deflected strike flew just wide of the far post.

Instead, Spurs added a third late on through N’Koudou’s deflected finish.

Tottenham, who finished with the highest points tally in this season’s Champions League group stage with 16, can now look forward to Monday’s last 16 draw, which takes place at Uefa’s headquarters in Nyon, Switzerland at 11:00 GMT.