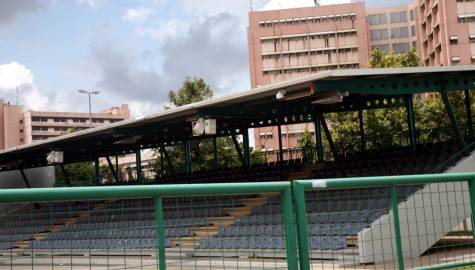 Eagle Square, Abuja, venue of Saturday National Convention of the Peoples Democratic Party (PDP) was on Friday adorned with posters of aspirants of various positions to be contested during the exercise.

The public square, situated on a land measuring about five hectares, was fully draped with PDP colours of red, white, green.

As at 6.45 p.m., Public Address System engineers and their television stations counterparts were busy installing and testing their equipment at strategic locations to ensure effective courage of the event.

Security personnel have already been deployed to the venue and they were seen at different positions in the 5,106-sitting capacity venue.

Some officials of the organising committee of the convention were seen conducting last-minute inspection of the venue.

Some persons who refused to identify themselves took positions in a spot at the venue in a manner suggesting that they are likely to spend the night there ahead of the convention.

The persons brandished PDP membership cards but were suspected to have come from outside Abuja and may not be delegates.