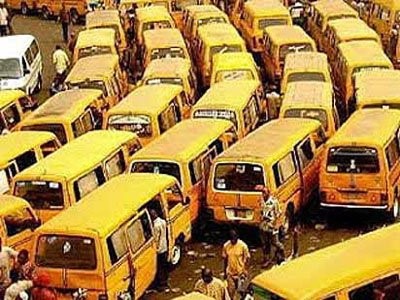 While in the previous decades, development policies and strategies tended to focus on physical capital (infrastructure), recent years have seen a better balance by including human capital issues. Irrespective of the relative importance of physical versus human capital, development cannot occur without both as infrastructures cannot remain effective without proper operations and maintenance while economic activities cannot take place without an infrastructure base.

When transport systems are efficient, they provide economic and social opportunities and benefits that result in positive multipliers effects such as better accessibility to markets, employment and additional investments. On the other hand, when transport systems are deficient in terms of capacity or reliability, they can have an economic cost such as reduced or missed opportunities and lower quality of life. At the aggregate level, efficient transportation reduces costs in many economic sectors, while inefficient transportation increases these costs.

Ever since the end of Nigeria’s civil war, the population of Lagos has multiplied. So has the volume of automobiles on its roads. Equally, there is no debate about public transportation system in Lagos State having many problems. There is the problem of unending presence of gridlock and traffic congestion along roads in different part of the state. Among several other factors, which include poor attitude of motorists especially commercial drivers notorious for flouting every traffic rules in the book, over reliance on road based transportation system stand out as major contributor to the abnormalities in our transport sector. Also, the present system of public transport operations in the state as dominated by the yellow buses is full of issues that manifest symptoms of a deep-seated human development problem plaguing not just Lagos but most African cities.

However, this has not deterred the Lagos State government from addressing and improving the complex transportation situation in the state. Presently, the Ambode administration has made improved public transportation one of the three major areas of concentration and the state is steadily scaling up the integrated transport management system. The state is assessing the problem in holistic manner and addressing it from both infrastructure and human factor side.

To give Lagos a world-class transportation system that supports its megacity status requires significant investment in infrastructure. This is understood by the governor and his administration is doing this precisely through implementation of the phase 2 of the Lagos Urban Transport Programme (LUTP). It was this that led to the extension of the BRT corridor from Mile 12 to Ikorodu and the launch of 434 new Air Conditioned BRT buses in November 2015. Between its launch in November 2015 and as at April of this year, BRT extension project was said to have transported over 60 million passengers and created more than 1000 more jobs in the state. Another feat achieved under this project is the upgrade of 44 bus shelters including the newly constructed Ikeja bus terminal, Oshodi Transport Interchange, rehabilitation of WEMPCO road in Ogba and Akin Adesola road on the Island.

The government is also on course in providing additional new 5,000 buses within the next 24 months. Among other benefits, this will invariably assist in making residents to comply with state’s restriction on plying of commercial motorcycle, popularly known as Okada in restricted routes. Inaugurations of the new complex for the Lagos Metropolitan Area Transport Authority known as LAMATA Place and intelligent transport system, multiple laybys and slip roads as we now have in Agboyi Ketu and many other places, as well as the Ojota BRT Depot are substance of the government commitment at solving the transport problems.

The State had also designed technology that will be indicating where each bus in its fleet is; how the driver is behaving; the arrival time of a bus and space inside, among others. Also, there are plans to introduce commuter protection number plates and body tags on buses to show their routes and enforce colour uniformity on all public transport systems in the state. Under the BRP, the government has a plan to introduce holistic ticketing system which people can download from the internet and use for any of the mode of transportation in the State without hitch.

Without doubt, this administration has dedicated considerable resources to the fulfillment of its initiatives of providing basic elements of roads and transport infrastructure. This obviously is in tandem with the fact that the importance of transportation to the state’s economy cannot be over emphasized. In apparent preparation for the phasing out of Danfos, the State government is extending the Bus Rapid Transit (BRT) services to strategic corridors across the State.

The latest approval is the development of the Oshodi-Abule-Egba BRT corridor. According to a project brief prepared by LAMATA on the Oshodi-Abule Egba BRT, Oshodi-Abule Egba corridor is unquestionably one of the busiest bus corridors in West Africa, with 5,500 buses moving passengers per day. It is a critical link for millions of people who live in Alimosho, Egbeda, Iyana Ipaja, Abule Egba, Ijaiye, up to Toll Gate into Sango Ota in Ogun. BRT is cheaper and guarantee less travel time, job creation, safety and comfort.

The narrative of finding solution to the transportation dilemma in the state, meanwhile, is not limited to road transport. There are also plans to connect water terminals and the roads, especially in places such as Badore, Ajah, Mile 2, Badagry, Ikorodu and other places where there are terminals. Presently, government has identified about 30 commercial routes on the state’s waterways for dredging and channelization, while 10 jetties spread across the state were being constructed, among other ongoing plans for the sector. The blue light rail project is equally on course in the state.

In the end, solving Lagos’ traffic challenge will require significant behavioural change from the motorists as government investment without corresponding cooperation in terms of adherence to traffic rule will obviously hamper the wheel of progress as envisioned by the government.

Musbau is of the Features Unit, Lagos State Ministry of Information and Strategy, Ikeja