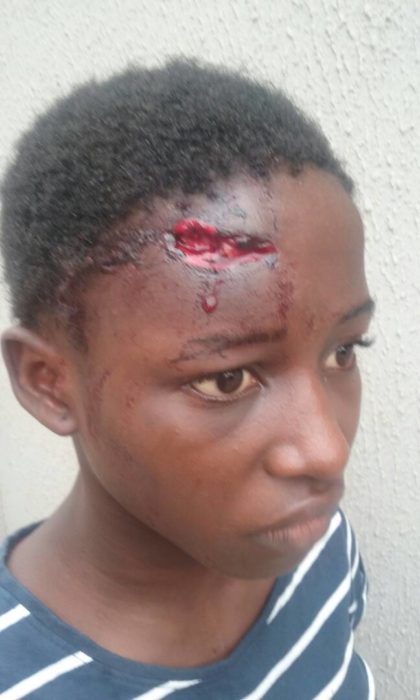 Lagos Commissioner of Police, Edgal Imohimi , has arrested a lawyer, Tolu Olaoye over alleged incessant abuse of her house help and inflicted deep cut on her forehead.

The lawyer lives with the househelp at at 5, El Shaddai Crescent, Baruwa, Ipaja area of Lagos, Southwest Nigeria.

The househelp, Abigail Opebiyi, 15, has been living with the Lawyer for some years.

Police Public Relations Officer (PPRO), Chike Oti said the police had to rescue the girl from the bondage because of the abuse.

“The CP, Edgal, is known for his prompt actions on all issues concerning domestic violence and abuse was moved with compassion on seeing the picture of the victim trending on the internet with a deep cut inflicted on little girl’s forehead by the said female lawyer.

“He immediately ordered operatives of the command to go and rescue the victim and fish out the suspect,” he said.

Oti said the order was carried out diligently, adding that the suspect is now undergoing interrogation at the gender section of state police command.

He said the suspect would be charged to court on Monday.