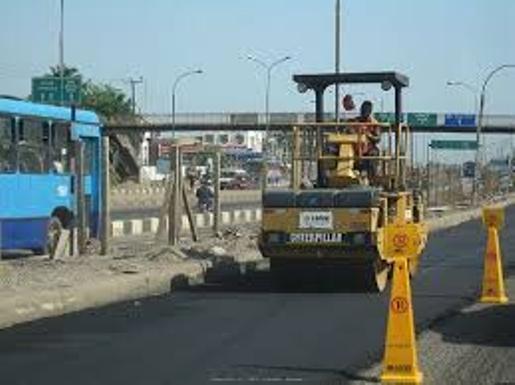 Rafindadi made this observation when the acting Director-General, Infrastructure Concession Regulatory Commission (ICRC), Mr Chidi Izuwah, paid him a courtesy visit in Abuja.

A statement by Mrs Maryam Sanusi, Head of Communications/Public Relations, FERMA, on Wednesday in Abuja, quoted Rafindadi as saying that there were hurdles to cross before FERMA could attain the position ascribed to it by the authorities.

He said that the agency was responsible for building, maintaining and repairing the Federal highways across the country.

He said that for any nation to develop its economy, a good road policy reform must be put in place and executed accordingly.

The managing director said that there was need to revisit the road sector reform “Road Vision 2000’’ made in Nigeria during the era of President Olusegun Obasanjo that was not implemented.

“Nigeria has had a flux in road sector policy since year 2000 when a road policy tagged: “Road Vision 2000’’ was developed to build and maintain roads.

“However, we (Nigerians) have an attitude of unwillingness to imbibe this sector reform approach, which is why we are still where we are.’’

He cited the India road sector reform that Nigeria wanted to copy as one of the best in the world, adding that it could not be implemented due to lack of institutional framework and leadership.

Rafindadi welcomed the Public Private Partnership (PPP) as a good idea to develop the Nigeria roads sector, and emphasised that more needed to be done to improve the public procurement system.

He said that the public procurement system needed to be more transparent to thoroughly eradicate corruption.

The FERMA chief called for a change of perception or thinking from the public procurement system to Public Private thinking, if PPP was to be a way forward.

Earlier in his remarks, the acting ICRC Director-General, Izuwah, said that Nigeria could go into Public Private Partnership to build and maintain its roads and also have value for money.

According to him, PPP is important as a way of improving and reforming the Nigerian road sector.

Izuwah said that his agency was ready to synergise with FERMA to examine different ways available for both agencies to go into PPP.

He said it was a mechanism to drive the Nigerian roads policy to the optimum to boost the economy.