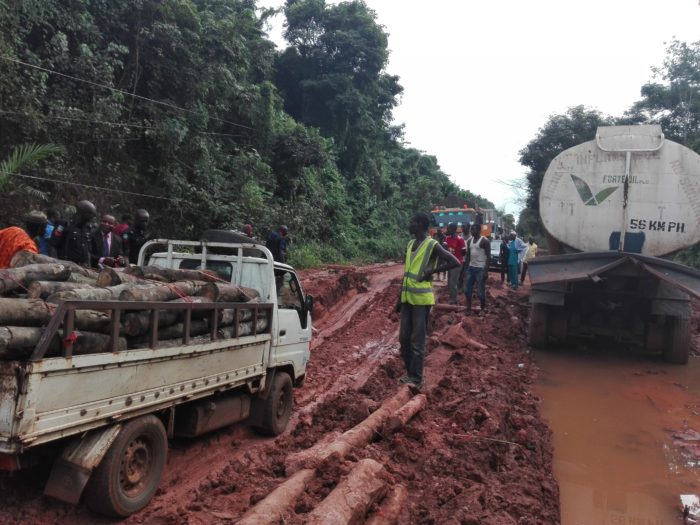 Failed portion of the Benin-Auchi Road

The Federal Roads Maintenance Agency (FERMA) says it has removed weeds and overgrown trees on Ikorodu-Itokin road in Lagos to ensure better visibility and prevent accidents on the highway.

Mr Tayo Awodun, FERMA Engineer in charge of Lagos East, told the News Agency of Nigeria (NAN) on Monday that the Agency completed vegetation control on the highway on Jan. 27.

“We have done vegetation control to enhance visibility of motorists. We combined it with de-silting to avert flooding.

“We also removed some heaps of sand slowing down traffic on the highway.

“Some trees that are close to the road that pose danger of falling have also been chopped.

Awodun said that the agency had also completed rehabilitation of a section of the road between Lucky Fibre and Parafa village which was in bad shape.

The FERMA engineer said that the agency had stopped the activities of illegal sand miners digging up sand from the edges of the highway and handed over offenders to the police.

He, however, said that the issue of illegal, large scale sand miners on the axis was being handled by the Ministry of Solid Minerals.