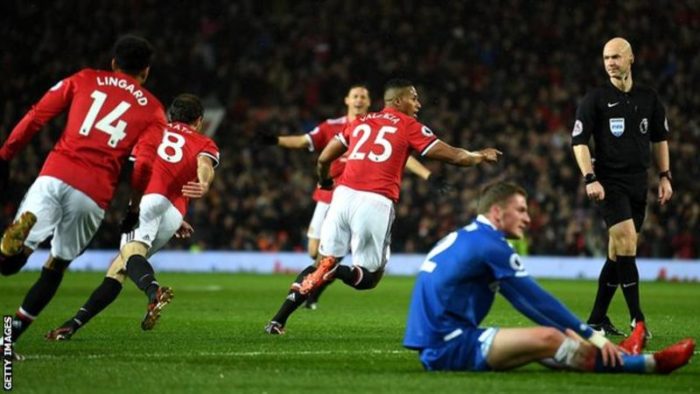 The France midfielder created first-half goals for Antonio Valencia and Anthony Martial, added to by Romelu Lukaku after the break as Jose Mourinho’s men cut Manchester City’s lead at the top of the Premier League to 12 points.

United might have had an early penalty when Martial was felled by Stoke debutant Moritz Bauer, but referee Anthony Taylor waved away protests.

Two minutes later, Pogba charged forward and found Valencia, who cut inside Josh Tymon and fired into the top corner with his left foot.

According to BBC, Martial collected Pogba’s pass and bent a superb finish past goalkeeper Jack Butland from 20 yards for the second – before Lukaku rifled home the third late in the game.

The Potters, beaten by three or more goals for the seventh time this season, remain in the relegation zone, a point adrift of fourth-bottom Southampton.

It might have been worse but for the reactions of England international Butland, who prevented United substitute Marcus Rashford from adding a fourth goal.