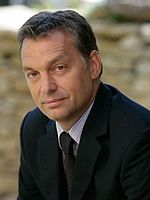 “The planned legislation is to include taxing migrant aid organisations that receive funds from outside Hungary at a rate of 25 per cent,’’ Pinter said.

He said that he organisations in question would, under the law, also have to register their activities with a court and their foreign workers could be expelled.

“It is a part of a planned package, the so-called “Stop Soros plan,” aimed at regulating the work of organizations helping migrants who entered Hungary illegally,’’ Pinter said.

The name of the plan refers to the Hungarian-born billionaire philanthropist George Soros, whom the fiercely anti-immigration Prime Minister Viktor Orban blames, without offering direct evidence, for a refugee wave which swept the Balkans in 2015 to 2016.