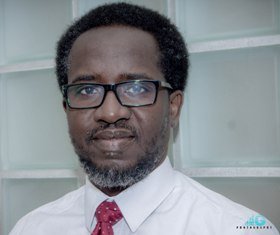 The All Progressives Congress (APC), Scandinavia chapter says the letter written by former President Olusegun Obasanjo to President Muhammadu Buhari is good for the nation`s democracy.

Obasanjo in the letter advised Buhari to consider a deserved rest at this point in time at his age.

“ Buhari does not necessarily need to heed my advice. But whether or not he heeds it, Nigeria needs to move on and move forward,” Obasanjo said.

The Presidency, through the minister of Information and National Orientation, Lai Mohammed, said that criticism`s of Buhari administration had been taken in good faith.

“ We have no reason to believe that former President Obasanjo has any motive beyond the well-being of the nation in issuing his Special Press Statement.

“We have also taken his admonition in good faith, and we thank him most sincerely for taking time off his busy schedule to pen such a long statement,’’ Mohammed said.

Mr Lawal Ayoola, chairman of the party in the Scandinavia, told the News Agency of Nigeria (NAN) on the telephone from Gothenburg, Sweden on Friday that Obasanjo should be commended for saying his mind.

“ Former President of Nigeria and elder statesman, Olusegun Obasanjo should be commended for his open bluntness and advice for President Muhammadu Buhari.

“ He should be respected for his own opinion as a citizen of Nigeria and an elder statesman that we could say has seen it all and contributed in building a sustainable political structure for Nigeria,” he said.

Ayoola, however, commended the response of the presidency to the letter, saying that government understood its challenges and was willing to do better.

He urged youths in the country to have a paradigm shift on the way forward by getting involved in political activities at unit and ward levels.

“ This will make them have a say in whoever the parties are presenting as candidates and vote on critical thinking and conscience and not based on the highest bidder,” the chairman said.