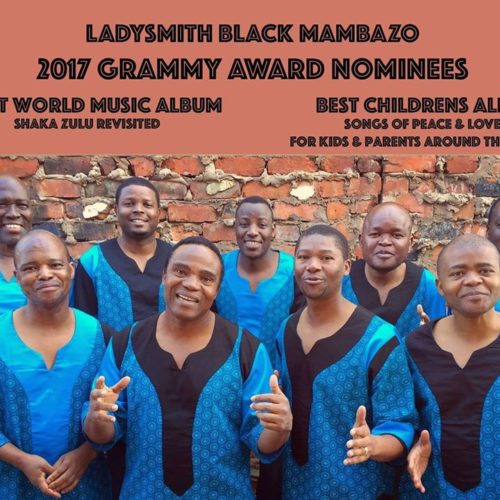 The ceremony, which took place on Sunday in New York, was hosted by James Corden.

They were also nominated in the Best Children’s Album category for ‘Songs Of Peace and Love For Kids and Parents Around The World’.

Ladysmith Black Mambazo has been nominated for 19 Grammy Awards.

The musicians re-recorded the Shaka Zulu album in tribute to the group’s founder Joseph Shabalala, who retired.

The all – men singing group rose to worldwide prominence as a result of singing with Paul Simon on his 1986 album ‘Graceland’, and have won multiple awards including the Grammys.

They were formed by Joseph Shabalala in 1960 and later became one of South Africa’s most prolific recording artists, with their releases receiving gold and platinum disc honours

The group has since become a mobile academy, teaching people about South Africa and its culture.