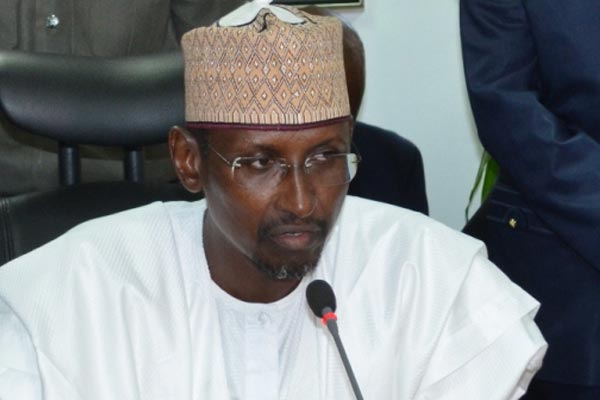 The FCT Minister, Malam Mohammed Bello, says a new permanent Orientation Camp for the National Youth Service Corps (NYSC) in the territory will be constructed this year.

Bello said this on Monday at the closing ceremony of the three weeks Orientation Course for the 2017 Batch B stream II set of corps members.

However, he promised that the construction of the camp would commence as soon as the 2018 budget was passed.

Bello, who was represented by Mr Oladimeji Hassan, Chairman, NYSC FCT Governing Board, said the delay in passage of the budget was the major factor delaying commencement of work at the camp site.

The proposed location for the construction of a permanent orientation camp for the NYSC in FCT is Kwali.

The minister said: “The FCT administration is working assiduously to ensure the permanent orientation camp in Kwali is started and completed in good time.

“We encountered a little constraint in starting construction because of the delay in the passage of the 2018 budget.

“As soon as the budget is passed we will commence work there and in a couple of years the camp will be in full use by the NYSC.

“The current orientation camp which we promised to rehabilitate; we are working on that as we have completed construction of two new hostels.

“We will continue to make efforts toward completing the rehabilitation.

“We have plans to work on the camp fields for the purpose of recreation.

“The administration is not taking lightly the life and comfort of corps members in terms of amenities, water, sanitation, beddings, and all we will continue to do our best.’’

The minister urged the corps members to accept their postings in good faith and proceed to their places of primary assignment without delay.

He advised them to respect the socio-cultural and religious leanings of their host communities.

The minister also advised them not to embark on any journey during the service year without permission.
Bello said those caught defaulting would be punished according to the laid down rules and regulations.

He urged them to key into the You-Win and M-Power programmes of the Federal Government aimed at empowering the youths and changing their lives.

The NYSC FCT Coordinator, Mr Bello Ballama, said the scheme had reached out to more employers to accept their services to stop corps rejection.

He however said that employers who agreed to this must accept to accommodate the corps members and pay them allowances as at when due.

According to Ballama, to address corps rejection we have also covered any loophole that may allow corps members to determine where they want to serve.

This, he said, would ensure that the scheme posts corps members where they were most needed.

“The orientation course in the FCT was a huge success. There were no cases of serious ill health except the usual malaria and typhoid fever;

“corps members also behaved themselves properly and we hope for the best this service year.

“To address cases of corps rejection which corps members usually face, we reached out to employers to request for the services of these corps members and we have ensured that they provide accommodation and allowance to them.

“We have also gone the extra mile to ensure corps members are not allowed to determine the places they want to serve,” Ballama said.

The 2017 Batch B Stream II Orientation Course which commenced on Jan. 16 ended on Feb. 5.

Two thousand, three hundred and seven corps members were dully registered and participated in the course.

Earlier in an interview with newsmen, the former NYSC FCT Coordinator, Mr Abdulrazak Salawu, urged the FCT administration to double efforts toward the construction of the permanent camp.

Salawu said that the NYSC FCT needed to relocate its orientation camp away from the present location as residential houses were now situated near it.

He also urged the administration to support the NYSC in rehabilitating the existing camp facilities at Kubwa.