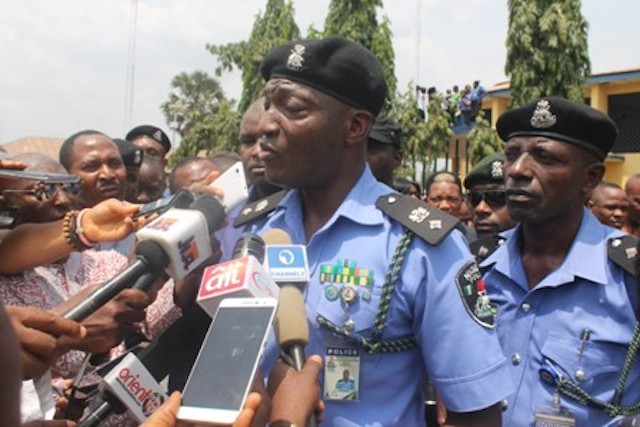 Police Public Relations Officer, CSP Jimoh Moshood, explained why the Inspector-General of Police, Mr Ibrahim Idris, gave a directive regarding the speech emanating from Afegbua, when he appeared on Channels Television’s Sunrise Daily.

“The Inspector General of Police has ordered his arrest for giving false statement, making injurious falsehood and equally defamation of character or an act which is inimical to law and order in the country,” he said on Tuesday.

This latest development comes two days after Afegbua gave a statement credited to the former military leader on President Muhammadu Buhari to step down in 2019 to allow for a generational shift.

Babangida lamented the flow of blood in the country, apparently reacting to the series of violence in some parts of the country that have led several Nigerians to their early graves.

Less than 24 hours after the controversial statement went viral, Nigerians were confused when Babangida distanced himself from the statement where he maintained that it was solely the views expressed by his media aide.

But reacting, the police spokesman hinged his argument on Babangida’s denial of the statement that has since been generating mixed reactions.

To the police boss, the Force is yet to fully jump into conclusion on the matter. Rather, Afegbua has been declared wanted for him to explain his role in the reported perceived to be misleading.

He added, “We have not reached any conclusion because we have commenced an investigation into the matter and that is why he is wanted by the police to come and give explanation.

“There is no way we can conclude any investigation through the media, it is not done. And whatsoever Kassim said, let him come and tell us because we have opened up a case against him and he must come and provide answers to all the questions.”