Saraki is a liar, police reply Senate President on attack against him 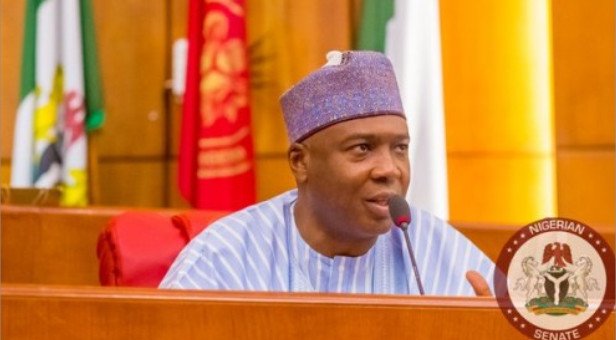 The Nigeria Police has denied allegations contained in a statement issued by the Senate President Bukola Saraki, accusing the police of undermining his security and giving cover to people who were unleashing violence on his supporters in Kwara State.

In a statement issued by the Force spokesman Jimoh Moshood on Friday in Abuja, the police described the allegations as incorrect, misleading and false.

The police urged the public to disregard and discountenance the allegations.

”The Nigeria Police Force wishes to categorically state that all the allegations in the statement of the Senate President are incorrect, misleading and false and should be disregarded and discountenanced by the general Public, Moshood stated.

Read the full police statement below:

”The attention of the Nigeria Police Force has been drawn to a statement in the media credited to the Senate President on the recent political development in Kwara State where he raised allegations that “…the entire world to hold the IGP responsible if anything untoward happens to members of my family and myself”.

”For avoidance of doubt, there was no complaint reported at any Police division within Ilorin metropolis or any other Police Division on the 10th January, 2019 to today 11th January 2019 of any attack, wounding, shooting and destruction of any property by any individual(s) or any political party on their members.
However, Security within Ilorin metropolis and other locations in kwara State has beefed-up to ensure security of all Nigerians living in the State.

”It is incumbent on the Force to set the record straight and correct the wrong impressions that must have been created in the minds of the general Public and the International Community from the misinformation and misleading account from the Senate President. The Inspector General of Police did not try any trick to implicate the Senate President in some criminal charges; the facts are in the public domain about the suspects of the Offa Bank Robbery now being prosecuted who implicated the Senate President in the matter.

”The Nigeria Police Force is hereby assuring all Nigerians that the Nigeria Police Force has no any undisguised hostility to the Senate President or his supporters in Kwara State or to jeopardize or undermine his personal security and that of his immediate and larger family. The Force will continue to be apolitical and will ensure adequate security throughout the Country for all political parties, their members and supporters before, during and after the 2019 General Election.”