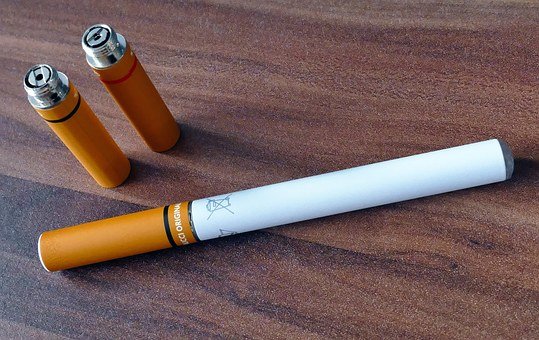 E-cigarettes should be sold in hospitals, in view of a test that showed that it was 95 per cent less harmful than cigarettes, a leading expert from Public Health England (PHE) said Tuesday.

Prof. John Newton made the call after the results of a new review on e-cigarettes were published by PHE detailing evidence undertaken by leading independent tobacco experts.

Newton, PHE’s director for health improvement, said that every single minute someone is admitted to a hospital in England from a smoking-related illness.

Around 79,000 deaths a year in England alone are linked to cigarette use.

The review found vaping poses only a small fraction of the risks of smoking, and switching completely from smoking to vaping leads to substantial health benefits.

It has called for e-cigarettes to be made available for sale in hospital shops.

The study found many thousands of smokers incorrectly believe that vaping is as harmful as smoking. Around 40 percent of smokers have never even tried an e-cigarette.

“Half of smokers either falsely believe that vaping is as harmful as smoking or just don’t know.

“It would be tragic if thousands of smokers who could quit with the help of an e-cigarette are being put off due to false fears about their safety.”

The report showed the use of e-cigarettes in the UK has plateaued over the last few years at just under three million.

It added: “The evidence does not support the concern that e-cigarettes are a route into smoking among young people. Youth smoking rates in the UK continue to decline, regular use is rare and is almost entirely confined to those who have smoked.”

Academic Ann McNeill, professor of tobacco addiction at King’s College London said: “When people smoke tobacco cigarettes, they inhale a lethal mix of 7,000 smoke constituents, 70 of which are known to cause cancer.

“People smoke for the nicotine, but contrary to what the vast majority believe, nicotine causes little if any of the harm.

“The toxic smoke is the culprit and is the overwhelming cause of all tobacco-related disease and death,” McNeill said.

PHE has called on smokers and a number of health promotion bodies to act on the new e-cigarette evidence.

Measures put forward include allowing e-cigarettes to be sold alongside nicotine replacement therapies in hospital shops. At the same time, PHE wants to see the removal of smoking shelters provided at some hospital premises where cigarette smoking is permitted.