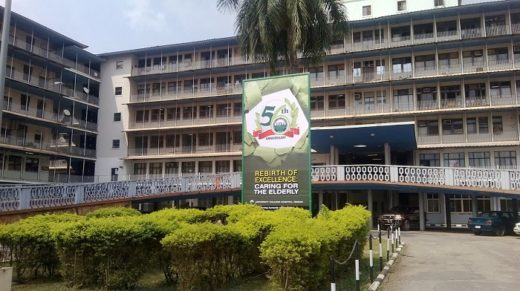 The University College Hospital (UCH), Ibadan, says it will intensify preventive medicine and health promotion as alternatives to curative medicine in the treatment of breast cancer

Its Chief Medical Director (CMD), Prof. Temitope Alonge, disclosed this to the News Agency of Nigeria (NAN) in Ibadan on the sideline of a scientific lecture series organised by the college to mark the 2018 World Cancer Day.

“We have purchased one thermograph and a mammogram machines for N28 million to execute the screening of breast cancer.

“We have decided to work on prevention, early detection and help those that have breast cancers to relieve their pains, save more lives and reduce financial burden of treating patients,” he said.

According to the CMD, rather than waste resources on treatment and preparing for patient’s end of life’ treatment in palliative medicine, it has become expedient to also channel efforts and resources at prevention.

“To this effect, we have decided to offer free breast screening to all the female members of staff of the hospital.’’

The CMD said that breast cancer had become the leading cause of death in females in Nigeria and in the African sub-region.

Alonge said that at the screening point, women would be asked to perform self-breast examination after which a nurse would examine the breasts again with thermograph and mammogram machines.

“And if any lump is detected, the patient is sent to ultrasound section where the positive reading of diagnosis will allow for surgical removal of the lump immediately.

“By this prevention and early detection strategies, the breasts will be saved and the prevalence of breast cancer will have reduced considerably,’’ he said.

The CMD also said that the UCH outreach community programmes since its inception had recorded a decline in some or most of these three major cancers- breast, cervix and prostate,” he said.

Alonge also said that the college had constituted a ‘Tumour Board’ that would look how to fight tumour and malignant growth that might be discovered during the screening of the staff of the college.

He said the screening for prostate cancer in all male staff will commence in mid year, adding that all arrangements for the exercise had reached an advanced stage.

The CMD said that the UCH Cancer Centre, which is under construction, was modeled after the World Cancer Centre in Buffalo, Maryland, US.

“UCH has developed protocol in developing treatment for all types of cancer using the precision medicine method.

“Most cancers develop from the liver and the breast. Using the precision method, we target a particular cancer and treat it with different drugs.

“High local concentration of radiation will be beamed on the local spot alone with no side effects to other cells.

“The Cancer Tumor Board comprises of all professional stakeholders in battle against cancer,” he said.

The scientific lecture series was organised by the Department of Radiation Oncology of UCH, Ibadan.

The lecture series which was sponsored by the Association of Radiation and Clinical Oncologists of Nigeria had as its theme, “We can, I can defeat Cancer”.