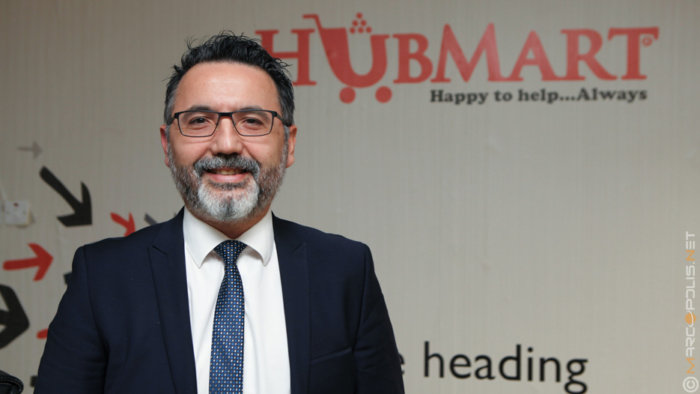 Following her successful launch of its exciting Ikeja Mall, leading indigenous retail giant – Hubmart Stores Limited, is poised to continue in its tradition of bringing satisfaction close to the homes of its teeming customers in Lekki and its environs with the opening of its new outlet situated at the Lenox Mall, beside D’Place, Lekki.

Hubmart Stores announced that its Lekki Store which will be officially opened to the public on Friday the 9th of February, 2018 has been purposefully designed to create an environment guaranteed to give customers a comprehensive shopping experience and further enhance Hubmart’s burgeoning reputation as one of the best destinations for shoppers in the country.

Speaking, Managing Director of Hubmart, Murat Bektaslar said Hubmart’s third store is a firm statement that it is in the retail business to be accessible to her teeming customers. He pointed out that the success recorded from patronage of its other outlets in Victoria Island and Ikeja is testament to the fact that its customers have wholly embraced all its offerings.

In his words: “We have continuously created an environment where customers can find everything they want under one roof, get the best quality of ultra-fresh produce, and have a delightful, fulfilling and exciting shopping trip. We are creating a movement – a fresh movement and as you can see, our customers are appreciative of the efforts we make to ensure all our products are served fresh. Everyone is invited to come experience the store from 11am on Friday, 9th February 2018 when the tapes are formally cut.”

While explaining about the siting of the mall in Lekki, Murat stated that locating the mall in Lekki was imperative because, Lekki has become a key commercial hub in Lagos state. He communicated that the working and residential communities within Lekki and its environs made it imperative for the store to register its presence in the locality.

Murat stated that apart from some of the community development efforts embarked upon, the business was poised to engage and positively impact the local community with the array of initiatives in the pipeline.

On opening, the store would provide employment to over 100 Nigerians 60% of which would be sourced from the local community, and serve as a source of livelihood to many more via the extended circle of influence on the local communities (suppliers, engaged vendors, etc.).

Furthermore, the Vice president – marketing Cheng Fuller stated during a chat that in addition, the gift of the store this Valentine’s, Hubmart was also playing up on its mantra of “Happy to Help…always” with its love corner valentine campaign.

He said that all that the customers had to do was to walk into any of the Hubmart stores in Victoria Island, Ikeja and Lekki upon opening and go to the love corner, adding that customers could then select items according to their budget from the available items and get them packaged and delivered to whoever they want to show love within Lagos.

He stated that this initiative was borne out of Hubmart’s desire to spread the message of love in line with its commitment to serve.