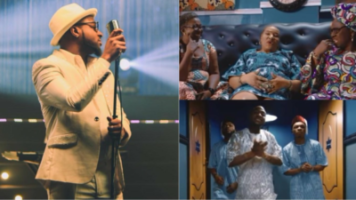 `Flora My Flawa’, first official music video of the year for David Adeleke aka Davido, is currently number one trending YouTube video with over 400,000 views in one day.

The video gained over 300,000 views, six hours after it was posted on YouTube which the singer was acknowledged gleefully on Twitter.

He took to his account @iam_Davido and wrote: “300k+ views and counting in 6 hours!! Thank you guys!! #FloraMyFlawa LETS KEEP GOING!!”

The highlife inspired song and video dropped on all music platforms and YouTube on Monday following an announcement by Davido on his Instagram handle.

He wrote @davidooficial: “Out now, everybody get on this! Flora my Flawa!

The ‘90s themed’ video higlights Davido’s love interest, ‘Flora’ as she spends 30 years trying to convince her friends that her relationship with the star is real.

The song, which is his first this year, was produced by DMW‘s in-house producer, Fresh VDM, the man responsible for his 2017 hit ‘FIA’ and DMW collaborative track ‘Mind’.

The singer, who owns music label Davido Music Worldwide (DMW), signed a record deal with Sony RCA in the United States in 2016.