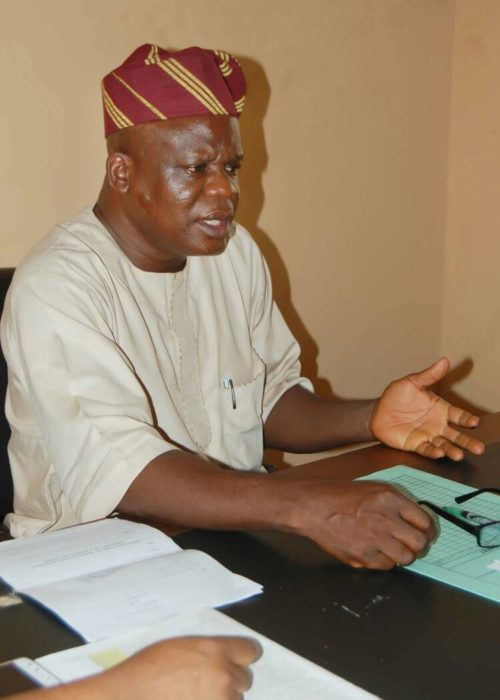 Chairman, Ketu LCDA, Moses Adegbite said the report that 30 schools were shutdown because of herdsmen attack was mischievous and calculated attempt of faceless groups and individuals to malign the name of the Local Government and portray it as one not sensitive to the plight of the populace and also as a government that did not have the interest of the grassroots populace at heart.

He insisted that the names of the primary schools in attendance be called and it was discovered that only one primary school, Community Primary School, Igbonla, was truly closed down due to fears of attack of the herdsmen.

Adegbite, however, revealed that the activities of the herdsmen, particularly in the Local Government was adding to the poverty and misery of the populace as farm produce harvested were mauled down and destroyed by the rampaging cows of the Fulani herdsmen.

“One aspect of it all is when farmers tried to stop or challenge the herdsmen from destroying their produce, such farmers are either killed or maimed for life if he/she is lucky,” he said, adding that even though it was a national crisis, the Ogun State Government was doing everything possible to ensure that the destructive activities of the herdsmen were curtailed in the area.

He frowned at the activities of faceless groups and lawless individuals in the area and urged them to desist from creating tension and fear through the media in the minds of the populace.

Traditional rulers and heads of primary schools at the meeting categorically distanced themselves and the Local Government from the impression that 30 primary schools were shutdown.

According to the Eselu of Iselu land, Oba Akinyemi Ebenezer, Ogun State Government under the present leadership of Governor Ibikunle Amosun had been so wonderful and creative in ensuring that governance is positively felt at the grass root level and closer to the people.

He acknowledge that the menace of the rampaging Fulani herdsmen in the area had been so disturbing, maintaining that the governor had never let them down, saying that “anytime the Governor is called or seen on issues affecting the area, he never wastes time, he acts promptly.”