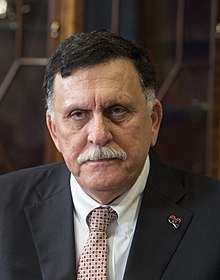 At the same time, Serraj replaced Al-Khoja with Abdussalam Ashour, without disclosing the reasons for the action.

However, sources told Xinhua that Al-Khoja was likely replaced because of his poor health condition.

The sources also confirmed that Serraj will continue to replace some ministers in his government in the coming weeks.

Libya is struggling to form a security service capable of countering the armed militia, which outnumbers the regular forces.

Since the fall of the Muammar Gaddafi regime in 2011, Libya has also been struggling to make a democratic transition due to insecurity and political division.