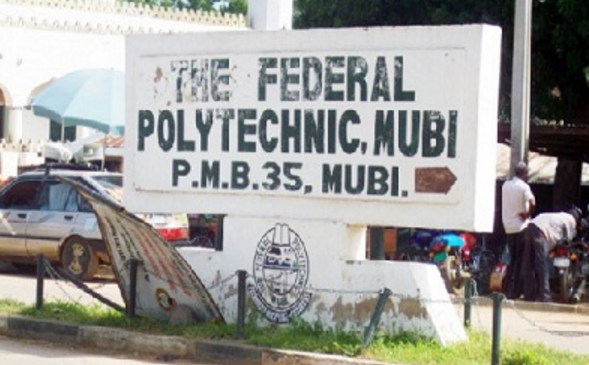 The management of the Federal Polytechnic Mubi, Adamawa, on Thursday, described the security situation in the institution as stable.

The Deputy Rector Academic, Dr David Gbenyi, made the remark in an interview with the News Agency of Nigeria (NAN) in Mubi.

Gbenyi, who spoke in the absence of the Rector, Dr Sadiq Yahya, noted that the institution did not receive any threat of attack from anywhere.

He said that normal academic activities were on at the campus, and debunked any form of panic in the institution.

“When we heard the rumour over Boko Haram threat to attack Mubi, the management hurriedly summoned our internal security stakeholders and they confirmed to us that what we heard was rumour.

“We again reached out to the security agencies within Mubi and still got the assurances that all is well.

“So, our situation is very stable and we are well-secured, as our robust partnership with security agencies is always yielding good results.

“Normal academic activities are going on and we assure the public that no security threat to Mubi in general and the Federal polytechnic in particular,” Gbenyi said.

NAN reports that a rumor broke out over Boko Haram threat to attack Mubi community, creating panic among students, members of the public, and its environs.

The polytechnic was shut down in October 2014 after Boko Haram attack that led to the death of 26 students and some lecturers.

The institution was reopened in June 2015 but has suffered low enrollment of students until now.