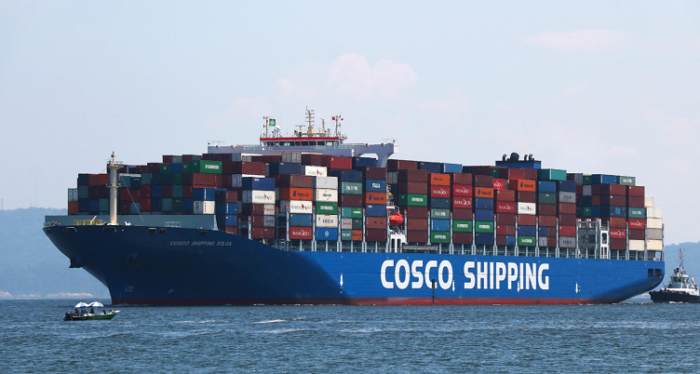 The NSC said in the course of performing its regulatory mandate, the Council observed that COSCO Shipping Nig. Ltd had engaged in unfair trade practices, which included non-refund of over-billing on container demurrage charges; unlawful detention and non-release of containers from the seaport after it was duly released by the Nigerian Custom Service and refusal to comply with the directive of government to provide holding bays for the return of empty containers.

The council said the infractions constituted economic sabotage and negate the presidential directives on the Ease of Doing Business in Nigeria.

The petition signed by Hassan Bello, Executive Secretary/Chief Executive Officer, CEO, NSC explained that on 4 April, 2018, a complaint against COSCO was reported to the NSC  by Chorach Global Concept Nig.  Ltd, about the case of usage of a Bill of Lading COSCO issued on a 1 x 40ft container number COSU45113734400.

The petition said the Nigerian Customs Service rejected this Bill of Lading because it had been used for another container and that it took COSCO 41 days to resolve this issue with the Nigerian Customs after which COSCO put all the financial liabilities on the consignee, Chorach, adding that in spite of the intervention of the NSC, COSCO had refused to release the container till date.

“This has resulted in accumulation of demurrage and storage fees of over N20 million and unlawful detention and non-release of container from the seaport after release by The Nigerian Customs.

“In another case, COSCO defaulted on a refund agreement of overbilling on container demurrage charges it made with Sun Flag Stell Nig Ltd.  In that agreement, COSCO made a commitment to refund the sum of USD23,557,54, the amount it owed Sun Flag Steel. The case was reported to The Nigerian Shippers’ Council and an enforcement exercise was carried out against COSCO on 27th February, 2018 at its offices in Apapa, Lagos.

“After the intervention of the Council, COSCO made an initial payment of $13,557.00 leaving a balance of ten thousand dollars for which it issued a post-dated cheque, deposited with the Council pending when it would have the amount in its bank account. COSCO has now reneged on this agreement claiming it does not owe any more money,” it said.

According to the petition, COSCO client, Solstan Nig. Ltd also filed a complaint of non- refund of demurrage charges to the tune of ₦1,294,750:00 against COSCO on containers with the following Bills of Lading COSU6147211760, COSU61542047, COSU6147211420, and COSU6135497340, saying that This charge had accrued from the inability of COSCO Shipping line to receive its empty containers at its designated holding bays, in line with Nigerian Port Authority’s directive, thereby, resulting in late dropping of empty containers.

“In another development, Aroma Shipping Ltd, filed a complaint with the Council on the non- refund of container demurrage charge by COSCO Shipping Line to the tune of ₦780,864:00 accrued due to the refusal of COSCO’s designated holding bay, Tin Can Island Container Terminal Ltd, to accept COSCO’s empty containers,” it said.

The NSC has therefore appealed to the Consulate General, China to intervene and request that COSCO comply with the guidelines and regulations for the clearance of cargo in Nigerian ports, immediately make payments on all outstanding balance owed to all its clients, release all unlawfully detained containers and show evidence of compliance to The Nigerian Shippers’ Council by 16 May, 2018.