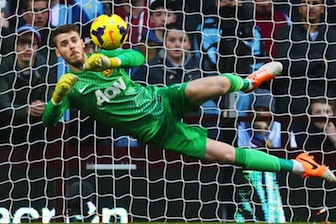 The Manchester United player was not charged.

However, Sanchez, who was then leader of the opposition, publicly stated that he was “uneasy” with De Gea as Spain’s number one heading into the 2016 European Championship.

“From the off I gave a press conference saying it was all a lie but people spoke about me,” De Gea told Spanish sports newspaper Diario AS.

“In the end the truth comes to light and you could see that it was all a lie.”

Sanchez visited the Spain World Cup squad last week, of which Dea Gea is an integral member, before they left for Russia, using the occasion to clear the air with the 27-year-old face-to-face.

While appreciative of the personal apology, De Gea believes he should be given a public one.

“I accepted his apology politely. The thing is that what he said back then was in public and for that I think that his apology should also come in public,” he said.

“It’s also true that the majority of public people have disrespected me and haven’t bothered to apologise to me in private.

“It’s easy to talk about others in this country.”