Ambode: Celebrating a ‘restless’ governor at 55 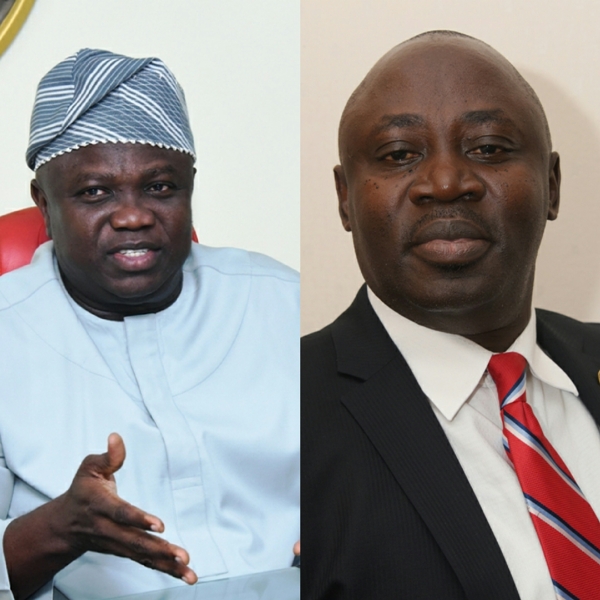 Prescient Nigerian observers who are watching what’s going on in Lagos State would rightly agree that hard work in the right direction delivers enduring fruits. Hard work doesn’t kill; it yields life that history acknowledges ultimately. That is the enviable story of Governor Akinwunmi Ambode of Lagos State as he marks his 55th birthday today.

To Ambode, the ideal celebration would not be to organize an elaborate feast, to bring friends and well-wishers together for a mother of all feasts. Doing so is not in his character. If there would be a get-together at all it would be with the deprived, the vulnerable, children of the poor or the special class of the handicapped as he has done in nearly three years as the governor.

Therefore, It’s only appropriate to seize the occasion of his middle age birthday to examine his relentless work schedule that has benefited the state and made it possible to refer to it as the investors’ destination, tourism hub and construction site. It is in addition Africa’s fifth largest economy. Demographers also say without disputation that Lagos is Nigeria’s most populated state, surpassing the figures for a couple of some African countries put together. In recent times it has begun to wear a new look with state of the art road network and city intersections and terminals that transport you to scenes in Europe and oil-rich Gulf states.

Most of these have taken place only under the watch of Ambode, even if I must admit that government is a continuum. But every age would have to carve out its own distinct identity. History has a keen interest in taking note of this identity aspect in the unfolding of events. No administration can appropriate the honour due its successor or predecessor, the continuum theory notwithstanding! You have to carve out your own niche, as it were.

This explains the reason some leaders, desirous of standing out of the crowd in the history books, would burn the midnight oil for brand-new ideas to tackle the seemingly intractable challenges of society. They don’t want to be classified as simply adorning the wall of the governor’s office with their portraits. They want to live in the hearts of the people through their performance. This is a governor, who at any time of the night, come to the office to scribble down new ideas that come to his head. He once told me and a cabinet member that even if he is asleep, his brain never sleeps.

Ambode has pitched his tent with this history-making camp. It comes with a price: courage. According to Andrew Jackson, the 7th President of the United States of America, “One man with courage makes a majority.’’ This U.S leader is credited with numerous courageous policies that toppled the established norms of his time. He was not afraid to take a decision as long as it was in the interest of the people.

For instance, Ambode displayed rare courage and compassion by approving a hefty N11billion to be paid as backlog of arrears to retirees few weeks after coming to office. It was unprecedented. But more than that, it presented the appealing image of a governor who can’t be accused of caring only for those in service.

The point has long been established that Ambode is a man who does not sleep, in a literal sense, until he has touched every citizen’s life. He packs a thousand and one activities into the 24-hour schedule he has at his disposal in a day. This was demonstrated early in the life of Ambode’s government in 2015, when he moved like a hurricane to prove that government business isn’t meant for the laid-back.

Few weeks ago I was in the office of a prominent commissioner and we were talking about on-going projects spread across the state and the amount of time and capital the governor is committing to making Lagos a smart city. The bottom line and the aggregation of opinion of those at the meeting was that of a governor who is restless, committed, determined and passionate to change the face of the state for good.

Consider these staggering statistics: in his first year in office, the governor initiated and successfully completed more than 40 impactful projects, including injection of 434 new BRT buses for Ikorodu corridor, fortification of security in Lagos with a whopping N4.7 billion equipment for the Police and subsequently up to N7 billion, employment of 1300 teachers to revive primary education, setting up of N25 billion Employment Trust Fund, massive road rehabilitation and reconstruction in inner Lagos, approval for development of N49 billion medical park in Ikoyi, provision of 20 mobile care unit ambulances and 26 transport ambulances, building of flyover bridges for Ajah and Abule-Egba areas, rebranding of One Lagos Fiesta to boost tourism and entertainment, creating enabling environment for foreign direct investment etc.

Also in the first year, he planned for gigantic schemes that began to blossom into reality in his second year. For instance, he signed an MOU with Kebbi state on the development of commodity value chain (rice production). In his second year, Lake Rice became the talk of the town. Lake is the acronym for joint effort of Lagos and Kebbi to produce the grain.

Another achievement of this toiling governor is his boundless vision to move the state from a pedestrian plane to the sophistication of a 21st megacity through the erection of structures of gothic and exotic expressions. Examples: Ojodu Berger Flyover Intersection, Tafawa Balewa Bus Terminus and the breath-sapping Ikeja Bus facility recently commissioned by President Muhammadu Buhari.

Shortly after, the governor declared open 21 roads and two bridges with a combined stretch of 27.4 kilometers in Alimosho-Agbado-Oke-Odo area. Yet, other iconic construction going on across the state has turned Lagos into a huge construction site to make it look like the People’s Republic of China when it was being transformed into a world power by Mao Tse Tung between the 1950s and 1960s. But as much as Ambode appears rooted to work in the office and on the streets to commission projects, he is also addicted to seeking compassionate affinity with the people he governs. He has been known to show up at road accident scenes to help rescue victims. Once when he read of a woman whose husband ran away from home because she gave birth to three sets of twins, Ambode directed prompt welfare support that brought back the fugitive man.

The governor has received notable local and international recognition for outstanding governance and the service to the people. For a man who has demonstrated severally that experience can indeed be an asset in governance, the governor is always calm and dutiful when there is a major challenge in a state that is becoming increasingly complex to govern.

For sure, Lagos under the pragmatic, humanist and visionary leadership of Governor Ambode can only get better. And as the governor rightly noted recently, “Where ever you come from, as far as you labour and add value to the productivity of our dynamic and vibrant State, our government shall work with you to make Lagos State a better, livable and more prosperous home”.

*Aruna is the Chief Press Secretary to Governor Ambode.