‘Abuse of elderly rampant, must be exposed’ - UN expert 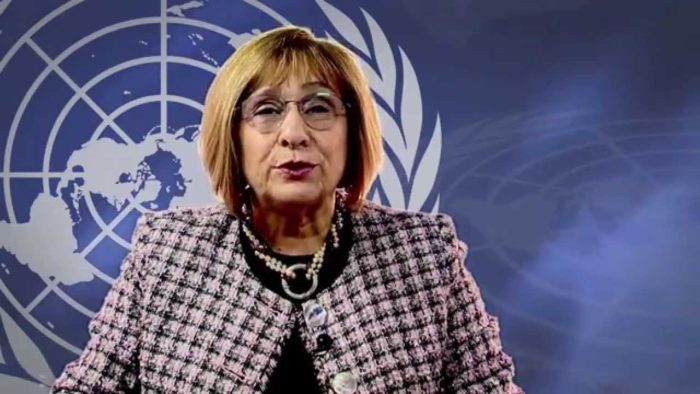 Older people are increasingly subject to abuse, in many cases by their own family members or those they trust, UN Independent Expert on the Enjoyment of all Human Rights by Older Persons, Rosa Kornfeld-Matte, said.

Kornfeld-Matte, in a statement to mark World Elder Abuse Awareness Day on June 15, regretted that most abuses were undetected, even when there were clear warning signs.

The UN expert stressed the need for all to be more vigilant and report suspected cases of abuse of older people, including financial wrongdoing.

“Financial abuse of older persons is rampant but largely invisible, and the problem is expected to grow dramatically with the ageing of our societies.

“However, it is impossible to say how big the problem is, as data is scarce because of underreporting.

“Sadly, most abusers are family members. This is a particularly delicate matter.

“It is difficult, even for experienced professionals, to distinguish an unwise but legitimate financial transaction from an exploitative one that was the result of undue influence, duress, fraud, or a lack of informed consent”.

She said the older person might even tacitly acknowledge it or feel that the perpetrator has some entitlement to his or her assets.

“Some older people also have a desire to compensate those who provide them with care, affection, or attention.

‘The older person’s best interests have to be the overriding consideration when differentiating a transfer of assets made with consent from an abusive one.

“Financial abuse reflects a pattern of behaviour rather than a single event, and occurs over a period of time,” she said.

According to her, underreporting of cases of elder abuse, including financial abuse, is a common concern.

Kornfeld-Matte urged older people to report cases of abuse to the authorities, even though they feel embarrassed or fear retaliation, including withdrawal of affection and care.

“One of the few ways to stop financial abuse of older people is to report it. If you suspect that someone you care about has been or is being abused, I can only urge you to speak up”, she said.