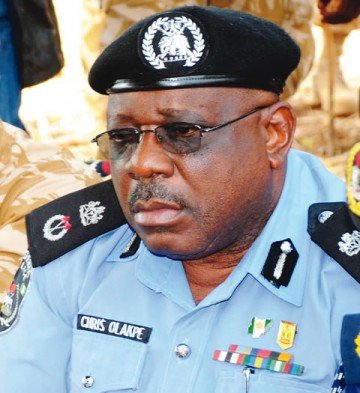 The Lagos State Traffic Management Authority (LASTMA) has dismissed 24 of its personnel in the past two years over misconduct.

The authority has also lost about 10 personnel, while some others suffered injuries with some resulting in amputation in the course of carrying out their duties.

The Chief Executive Officer of the authority, Mr Christian Olakpe, made the disclosure in an interview in Lagos.The Lagos State Traffic Management Authority (LASTMA)

Olakpe said that LASTMA also punished erring officers and men in some other ways including suspension, rank reduction and isolation.

“There are various avenues we use to checkmate the misconducts of officials on duty,” Olakpe said.

He disclosed that LASTMA had received numerous complaints against its officers.

“We initiated LASTMA Response Unit to carry out investigations on such complaints.

”The Provost Unit was also created to mete out punishment on any of them found guilty.

“We have dismissed 24 personnel in the last two years as a result of corruption, abuse of office, extortion, impropriety and other misconduct.

“Eagle’s eye is on officers on duty to ensure zero tolerance to corruption,” he said.

According to him, LASTMA is creating a new culture of effective human relations and efficient traffic management.

“You can’t just stop people and start fighting them on the road.

”We have trained our officers to be very civil and polite while carrying out their duties.

Olakpe regretted that about 10 LASTMA personnel had been killed in the past two years and others suffered injuries while carrying out their duties.

“It is unfortunate that about 10 of our officers and men were killed while controlling traffic, like Mr Bakare Olatunji, who was killed at Apapa while on duty.

“Some of our men also suffered injuries from irate mobs while managing traffic.

“We are working with the police to bring the perpetrators to book.

“It is a big task handling traffic management in Lagos state,” he said.

According to him, the authority has come up with 10-point agenda to check the excesses of both drivers and LASTMA personnel on duty to achieve efficiency and discipline.

He said that LASTMA was also collaborating with other agencies to achieve the goals.

Olakpe appealed for cooperation of Lagos residents with LASTMA workers.

The LASTMA boss also appealed to motorists to drive carefully and obey traffic rules and regulations.

“We need people’s cooperation to ensure sanity and free flow of traffic on the roads which is our mandate,” he said.