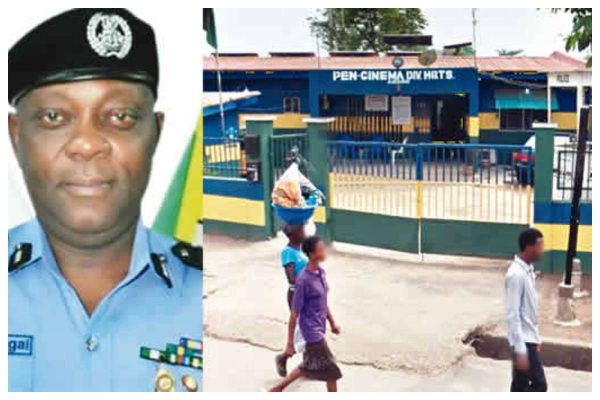 The Divisional Police Officer in charge of Pen Cinema Police Division, Lagos State, Harrison Nwabuisi, has been recalled to the state Police Command headquarters following corruption allegation leveled against him.

According to a statement signed by the Spokesman of the command, CSP Chike Oti, Nwabuisi was recalled by the Commissioner of Police, Edgal Imohimi, following a media report of the allegation.

“The attention of the Commissioner of Police, Lagos State, Edgal Imohimi, has been drawn to a newspaper publication on Aug. 24, 2018, captioned ” Power-drunk Lagos DPO leads team to mosque, raid adherents, others.”

“The reporter mentioned that the Divisional Police Officer in charge of Pen Cinema Police Division, Lagos State, Harrison Nwabuisi, has been conducting raids during which he allegedly arrested innocent residents and extorted money from them.

“He further reported that the police operation took place on Wednesday, being the last day of the Sallah holiday, at Alimi Ogunyemi Street, in the Ifako Ijaiye area and mentioned one Sheriff Aranjure as a prime witness to the alleged extortion by the DPO.

“He equally directed the Deputy Commissioner of Police in charge of Administration, DCP Elkanah Ayuba, to recall the DPO to the command headquarters to allow for unbiased investigation into the matter.

“The command is therefore appealing to Mr Sheriff Anjure, said to be a vital witness and indeed other witnesses in the matter, to make themselves available to the Deputy Commissioner of Police, SCIID, Panti Yaba, to assist police in the investigation.

“While recognising the fact that raiding is a major crime fighting strategy of the police, given that it enables proactive intervention into a budding problem, the commissioner of police however, said that it must be purposeful, corruption-free and Intelligence-driven.

“He, therefore, assures members of the public that if the allegation is found to be true, any officer or men found culpable in the matter, would be appropriately sanctioned in accordance with the relevant sections of the Police Act,” Oti said.