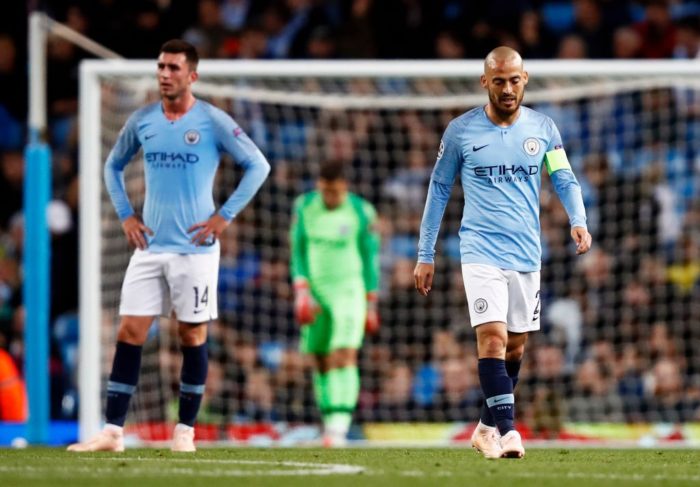 Manchester City’s Champions League campaign got off to a poor start as the Premier League champions suffered a surprise defeat against Lyon at the Etihad Stadium.

City, who are favourites to win this season’s competition with some bookmakers, fell further behind before half-time – Lyon captain Fekir finding the net from 25 yards after Fernandinho gave the ball away inside his own half.

Bernardo Silva gave the hosts a lifeline after being picked out by Leroy Sane, but City – lacklustre for long spells – were unable to avoid a first defeat of the season.

With Group F rivals Shakhtar Donetsk and Hoffenheim drawing 2-2 in Ukraine earlier on Wednesday, City are bottom of the group.

They also became the first English side in Champions League history to lose four consecutive matches in the competition having also been beaten in last season’s last-16 second leg by Basel, as well as both legs of the quarter-final against Liverpool.