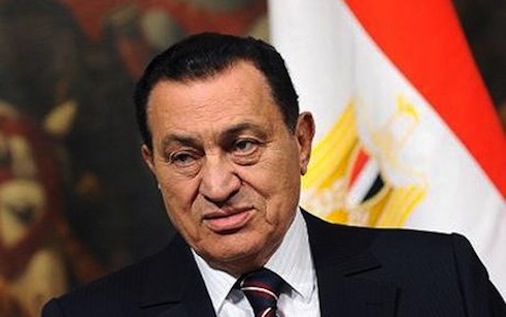 Hosni Mubarak: to be given military funeral today

The Cairo criminal court accepted the appeal presented by Alaa and Gamal Mubarak against their arrest and ordered their release after paying 100,000 Egyptian pounds (5,570 dollars) each, state media reported.

They are accused of involvement in making unlawful profits of about 500 million pounds by manipulating stock market shares.

Saturday’s order included three other defendants. All defendants were previously released on bail in the case. The court has set the next session for Nov. 20.

Mubarak was toppled in 2011 after nationwide protests against the long-ruling dictator.
In 2015, Mubarak and his sons were sentenced to three years in prison on charges of embezzling state funds allocated for renovating presidential palaces.

They were released in this case as they had already served the jail term in custody.
Gamal was widely expected to succeed his father as president before the 2011 uprising.