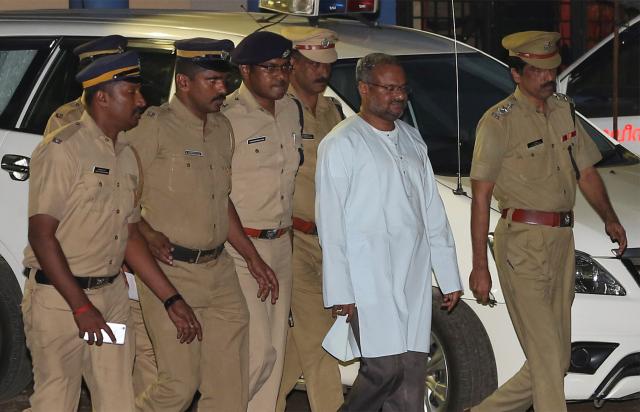 The Roman Catholic Church already enmeshed in sexual abuse scandals in several parts of the world faces another embarrassment in India, with Bishop Franco Mulakkal being arrested for raping a nun.

Bishop Mulakkal was arrested by the police Friday in the south Indian state of Kerala, a day after the Vatican accepted the bishop’s request to be temporarily relieved of his duties.

There was no immediate comment from Bishop Franco Mulakkal or his lawyers – though he has denied the charges in interviews in the past.

Mulakkal, who heads the diocese of Jalandhar, wrote to the Vatican on Sunday asking to step down temporarily as protests and calls for his arrest grew. The Vatican accepted his request on Thursday.

“He is charged with rape,” said Kochi’s inspector general of police, Vijay Sakhare.

A Vatican spokesman said he had no immediate comment on the matter.

The arrest comes at a time when the state’s Christian community is reeling from a string of cases – including the arrests of five priests last month on allegations of sexual assault. Their church said it believed the priests were innocent.

Outside India, the Catholic Church is facing sexual abuse scandals in the United States, Chile, Australia, Germany and other countries.

Pope Francis has summoned the heads of national Catholic bishops from around the world to the Vatican to discuss the protection of minors at an extraordinary meeting from Feb. 21-24.

Mulakkal, 54, was ordained as a priest in 1990 in the northern Indian Punjab state and was elevated as the bishop of the Diocese of Jalandhar five years ago.