My stance on restructuring not political gimmick - Atiku 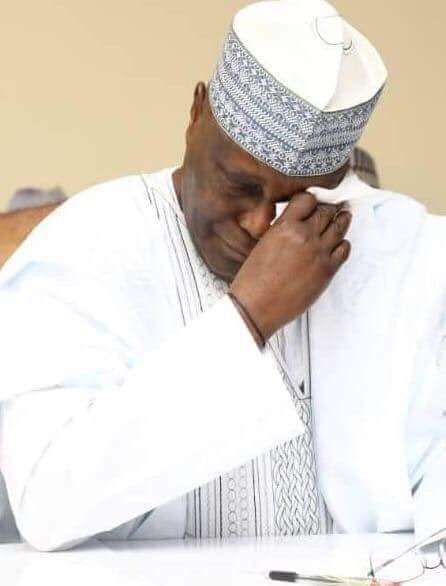 Former Vice President, Abubakar Atiku has restated his commitment to restructuring Nigeria if elected President in 2019, declaring that his stance on the matter was not a political gimmick.

“I am truly committed to restructuring Nigeria because I believe that its future depends on leaders’ ability to confront the concerns of the people,” he said.

Atiku, who is seeking the PDP ticket to contest the 2019 presidential polls, spoke in Makurdi, when he met with the party’s delegates to the National Convention slated to hold Oct. 6.

“Most segments of the country keep talking about restructuring. We cannot run away from that. We must confront it and tackle it,” he said.

According to him, section 7 (2) of the APC constitution provides for restructuring, fiscal federalism and the rest.

“But, the APC have refused to talk about it because President Buhari doesn’t believe in it. But it is there in their constitution,” he claimed.

Atiku, who decried major concerns like insecurity, poverty and hunger, said that he had gone round the country and had found that there was “total dissatisfaction” with the current government.

“There is nothing to cheer about the economy. Our unity is precarious and our security is deplorable.

“Everybody in the country, the farmers, businessmen and students, appear dissatisfied with the current government.

“That is why those of us who have gone round and have felt the pulse of the people are calling for a change in 2019,” he said.

In his remarks, Benue PDP chairman, John Ngbede, assured Atiku that Benue delegates would vote for a credible candidate who would support national unity and move Nigeria forward.